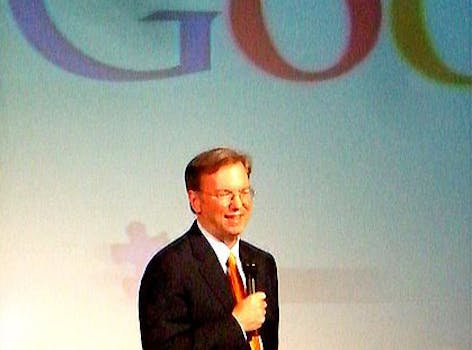 A lobbying group that counts top executives at Google, Microsoft, and Yahoo as board members has officially thrown its support behind the controversial CISPA cybersecurity bill.

The battle raging around the Cyber Intelligence Security Protection Act (CISPA) just got a little dirtier.

A lobbying group that counts top executives at Google, Microsoft, and Yahoo as board members has officially thrown its support behind the controversial bill.

“TechNet, the bipartisan policy and political network of technology CEOs that promotes the growth of the innovation economy, commends you for your work on cybersecurity and writes to express our support of [CISPA],” Rey Ramsey, the group’s president, wrote Wednesday.

In a sense, it should come as no surprise that most tech companies either support the bill—or, like  Facebook, are tepid in their opposition. CISPA is designed to help networks fight back against online attacks. The problem with that, critics contend, is that means companies that store your personal information can, in an emergency, share what they know with the government in the hopes that it can help fight back. That effectively bypasses existing privacy laws.

So for these companies, which already have to invest in cybersecurity on their own, CISPA could help ease the burden. The only real downside would be that it potentially violates their users’ privacy, but it’s not as if those companies haven’t been accused of that anyway.

Some have tried to compare CISPA with the Stop Online Piracy Act (SOPA), an anti-piracy bill that many feared would lead to rampant Internet censorship. SOPA was stopped in the House in January, 2012, after major websites went dark in protest and legions of concerned Internet users called their representatives in Congress.

But the protest against CISPA isn’t nearly as unified. Some of the sites that played a key role in SOPA protests, like Reddit and Craigslist, have urged their visitors to oppose CISPA. But they’re not joined by Google this time, and that could make all the difference. Some SOPA lobbyists, like the Motion Picture Association of America (MPAA), have indicated they feel Google alone was responsible for SOPA’s defeat.

CISPA passed the House in April 2012, wasn’t picked up by the Senate, and now stands poised to go before a second House vote next week—almost exactly a year after the first one. There does, however, appear to be a stronger groundswell of popular opposition to CISPA now than last time. More than 100,000 Americans signed a White House petition against the bill within the span of 30 days, and well over a million worldwide have signed petitions to similar effects.

Photo of Schmidt via Wikimedia Commons