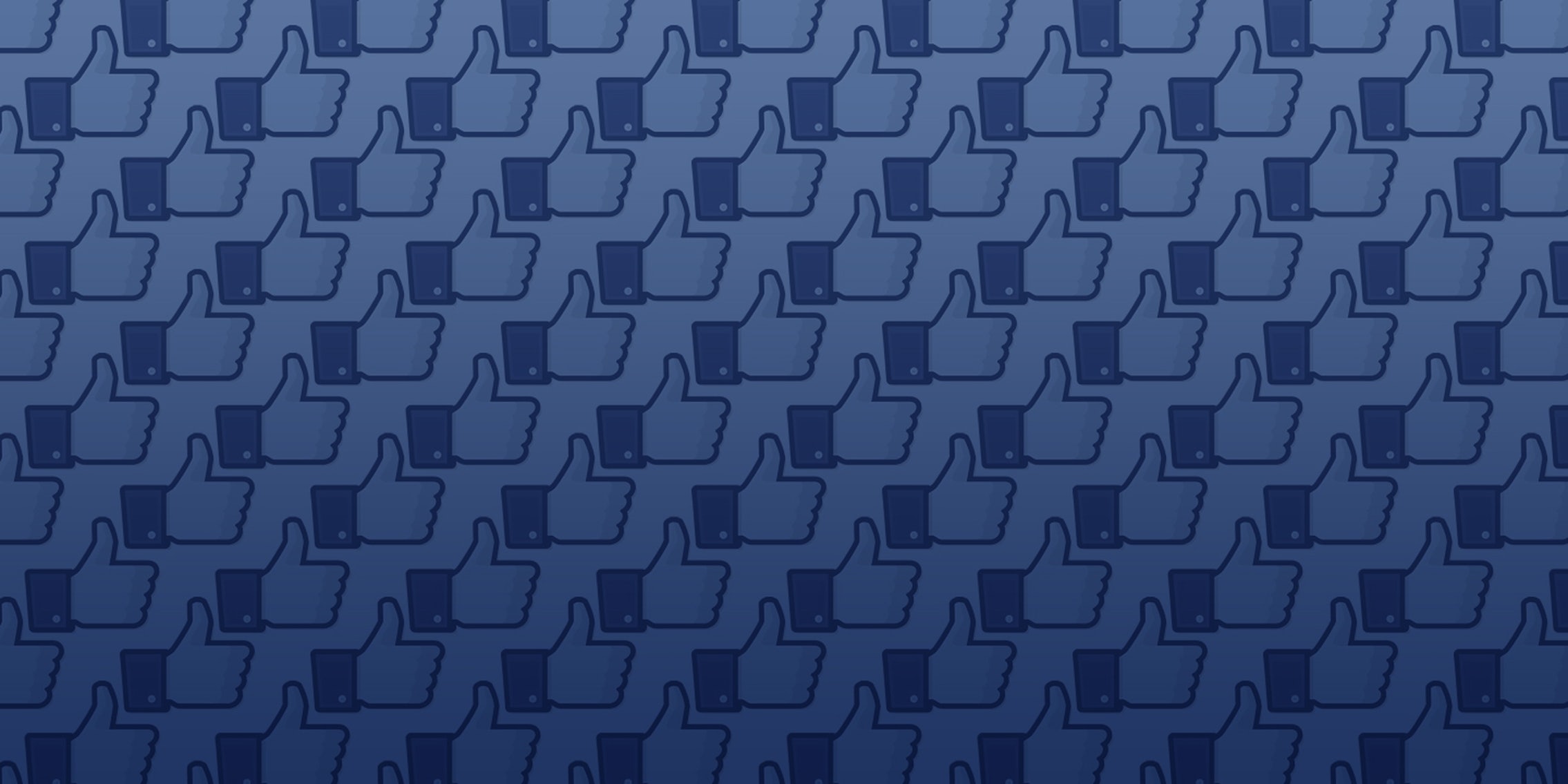 Why content creators need to find a new Facebook—or else

Facebook has already eaten the news media. Now it's about to get digested.

Earlier this week, New York Times media reporter David Carr dropped a bombshell in a story about the ever-evolving relationship between Facebook and virtually every other Internet content creator.

At first blush, this idea makes a lot of sense. Virtually every aspect of online media has spent recent years shifting toward a mobile environment. Well over two-thirds of the traffic of Buzzfeed, easily the most successful online publisher in the business, comes from mobile. The number is closer to three-quarters for millennial trolling hub Thought Catalog. The Daily Dot’s own ratio is right in that same neighborhood.

Facebook’s mobile platform is great. It moves fast, loads perfectly on pretty much every phone every single time, and the company has spent a mind-boggling amount of resources perfecting its algorithm to ensure that the only pointless junk its users see is precisely the type of pointless junk they secretly love. Publishers hosting their own content on Facebook would allow them to ensure that every single person who went to that article through Facebook had the best experience.

And yet, this suggestion should be enough to absolutely terrify every single Web publisher.

Sometime last year, Facebook began making a concerted effort to change the type of content that was appearing in its users News Feeds from parade of user-created memes, instead favoring “higher quality” content like news and opinion articles. Facebook has 1.3 billion active users—roughly the population of China. When the site decides it wants to push traffic to news, opinion, and entertainment sites that are professionally creating this content, the traffic spigot is enormous.

At the Daily Dot, for example, more than half of the site’s traffic on any give day comes from Facebook. For similar online publishers, it would be shocking if the numbers were considerably different.

Facebook’s ability to drive massive amounts of traffic to online publishers has created a situation where everyone is doing whatever they can to get a piece of that traffic. Since Facebook is constantly tweaking it algorithm in a way to maximize engagement, content producers are forced into a position of constantly making adjustments in order to please the algorithm. It’s how Facebook’s introduction of trending topics—a feature where the site determines news stories that people on the network are talking about and then boots articles on that topic so they appear in more users’ News Feeds—has created a system that rewards hastily-produced articles on topics everyone else is already talk about.

It’s also why everything on the Internet has kind of started to look the same. If you were curious why Playboy recently decided to revamp its Web presence such that it’s now a leading purveyor of feminist listicles, the answer is that sharable feminist listicles is what Playboy thinks will do the best on Facebook.

This system is one that works pretty well for Facebook, which wants users to engage with content on the site over pretty much everything else. Engagement means clicks, clicks mean people spending more time on the site, people spending more time on the site means more people looking at and maybe even clicking on some ads, and more people looking at and clicking on ads means profit. Facebook has done a great job of training online publishers to optimize their content in a way that works best for its means.

However this situation could easily be improved if there were a way for Facebook to get the online publishers to give them money directly. Sure, it’s possible for media outlets to pay to promote posts so they’re seen by a larger number of users who signed up to follow that content in the first place—but media brands that already have a solid number of followers don’t actually need to do that unless they’re in a concerted growth stage.

What Facebook needs is a way to directly convert the traffic it drives to content producers directly into profit—something that incentivizes the content producer to give Facebook a cut of its advertising revenue in exchange for favorable placement on the News Feed. The idea for hosting outside content on its internal network would give it precisely that opportunity, one that comes with an implicit threat: Give us a cut of your ad dollars or the traffic spigot will constrict.

A Facebook spokesperson told the Daily Dot that, as of yet, nothing is set in stone. “We’re in the early stages of conversations with publishers to explore various content strategies but nothing has been established,” the company representative explained. “We’re investing in this area and are working with news organizations to create partnerships that are beneficial to their overall publishing goals.”

To be fair, even in Carr’s New York Times article, it doesn’t specifically say that boosting spots in users’ News Feeds would even be a perk for publishers electing to host their content on Facebook. However, it would be absolutely insane for Facebook not to do precisely that. Why would the company drive traffic to a site that doesn’t give the company a cut of its advertising dollars when it could monetize each user both before and after they click a link?

The issue for pretty much everyone making content on the Internet is that Facebook’s offer of taking a cut of ad revenue in exchange for getting that content in front of more of its users’ eyes is one that seriously outweighs the alternative. Sites are used to playing Facebook’s game for pulling in traffic; but, if the network changed those rules to some form of pay-to-play, the equation might not change all that much.

Honestly, at this point, Facebook could pretty much do whatever it wants when it comes to online publishers. If Facebook wanted to direct less traffic to news sites that write articles directly criticizing the company, it’s a safe bet that a significant number of outlets would play ball.

Not to say that Facebook would necessarily do any of this. Rather, it should be a wake-up call to publishers that the social network has the ability to exert monopoly powers around the distribution of online content and that investing in finding other places to drive traffic is time well-spent—not because of anything specifically evil about Mark Zuckerberg’s creation, but because taking more control over their methods of distribution is essential to their survival.

“Facebook is a business. It has a huge user base. It has innovative engineers. These are two things the journalism business wishes it had,” explained Columbia Journalism School Digital Media Professor Duy Ling Tu in the email to the Daily Dot. ” So, yes, publishers will have to play ball with Facebook until they come up with… [their] own innovations and strategies that don’t rely solely on piggy-backing off of social platforms.”

If that doesn’t happen quickly, Facebook may come around demanding it’s pound of flesh and there will be nothing anyone can do about it.