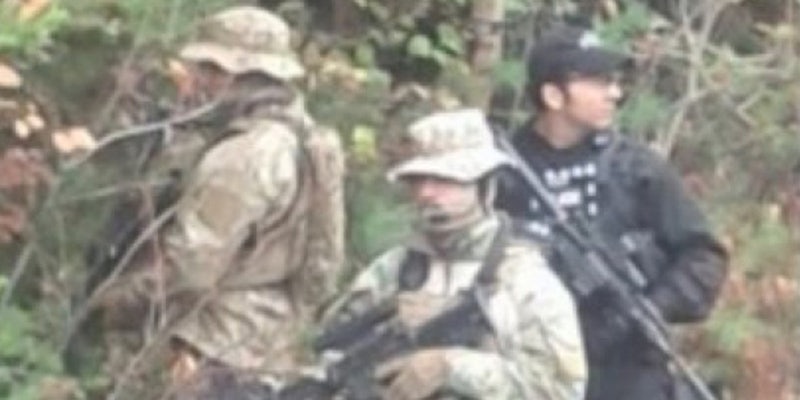 The hacktivist collective made good on its promise to identify the officer at the center of a fracking controversy.

Last Friday, Anonymous threatened to identify the officer at the center of a dispute between the Royal Canadian Mounted Police (RCMP) and the Mi’kmaq First Nation in Elsipogtog, New Brunswick. Today, the hacktivist collective took a giant step forward.

The unrest started on Oct. 17, when a peaceful protest against fracking turned violent. At one, according to several witnesses, a police officer yelled, “Crown land belongs to the government not to fucking natives.” On Oct. 25, Anonymous fully launched #OpFrackOff and said it would release the identity of the officer if he was not dismissed.

Over the last few days, Anonymous has released supporting documentation and photos, claiming to identify the officer’s unit. Twelve hours ago they released an audio recording of the incident, and now they have released video footage as well.

Following a spat of suspensions on YouTube, the video was released on Vimeo.

The notes on the audio release conclude: “Our demands stand. Identify, apologize, discipline.”

Before the video was even released, however, Anonymous had already won at least part of the battle. Constable Jullie Rogers-Marsh confirmed to Patrick McGuire of Vice that one of their officers had indeed uttered the slur, that he had been “sent home,” and that “this type of behavior is unacceptable and it’s taken very seriously by the RCMP.” She did not name the officer.

A member of #OpFrackOff told the Daily Dot via Twitter DMs:

“#OpFrackOff matters in multiple levels. Incredibly patient and courageous indigenous people have taken a stand for their own rights and for the water rights of everyone threatened by fracking. It was the least Anonymous could do to lend a hand when they were viciously attacked with violence and racial slurs. We actually should have been there sooner, when you look back at what they’ve been dealing with all summer, and even earlier. This is an important fight that we all need to be won. Racism, state violence, and attacks on our water and the ecosystem as a whole must be met with furious resistance at multiple levels.”

With Rogers-Marsh’s admission, Anonymous can claim at least a partial victory, and that’s more than many expected.