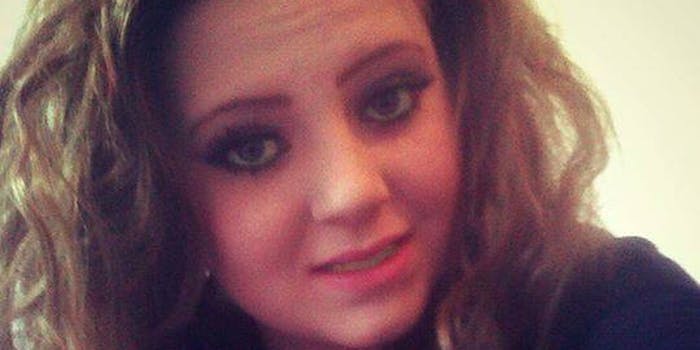 Even in death, 14-year-old Hannah Smith can't escape her bullies. Only this time they're from /b/.

Even in death, 14-year-old Hannah Smith can’t escape her bullies. Only this time they’re from 4chan’s random imageboard, /b/, the forum behind some of the Internet’s most depraved and sadistic pranks.

On Friday, Smith’s 16-year-old sister found her dead in her home. For weeks, Smith had been bullied on the question-and-answer site Ask.fm—trying to defend herself against anonymous users encouraging her to kill herself and, in a morbid callback to Canadian teen Amanda Todd’s well-publicized 2012 suicide attempt, to “drink bleach.”

Smith, of Lutterworth, Leicestershire, is the seventh teenager in the past six months who has committed suicide after being bullied on the Latvia-based social media site. These other teenagers include Ciara Pugsley, Erin Gallagher, Jessica Laney, Joshua Unsworth, Shannon Gallagher, and Anthony Stubbs. The parents of these teens have called for Ask.fm to be shut down. 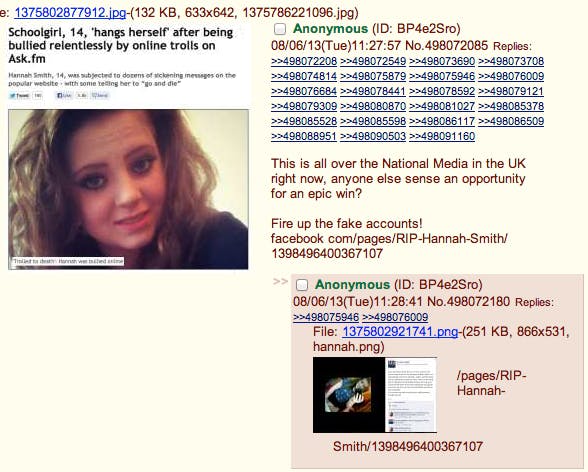 The thread, which was started at 11:27am ET, instructs /b/ to “fire up fake accounts” in order to seize the “opportunity for an epic win.” These were the results (click on each to enlarge). 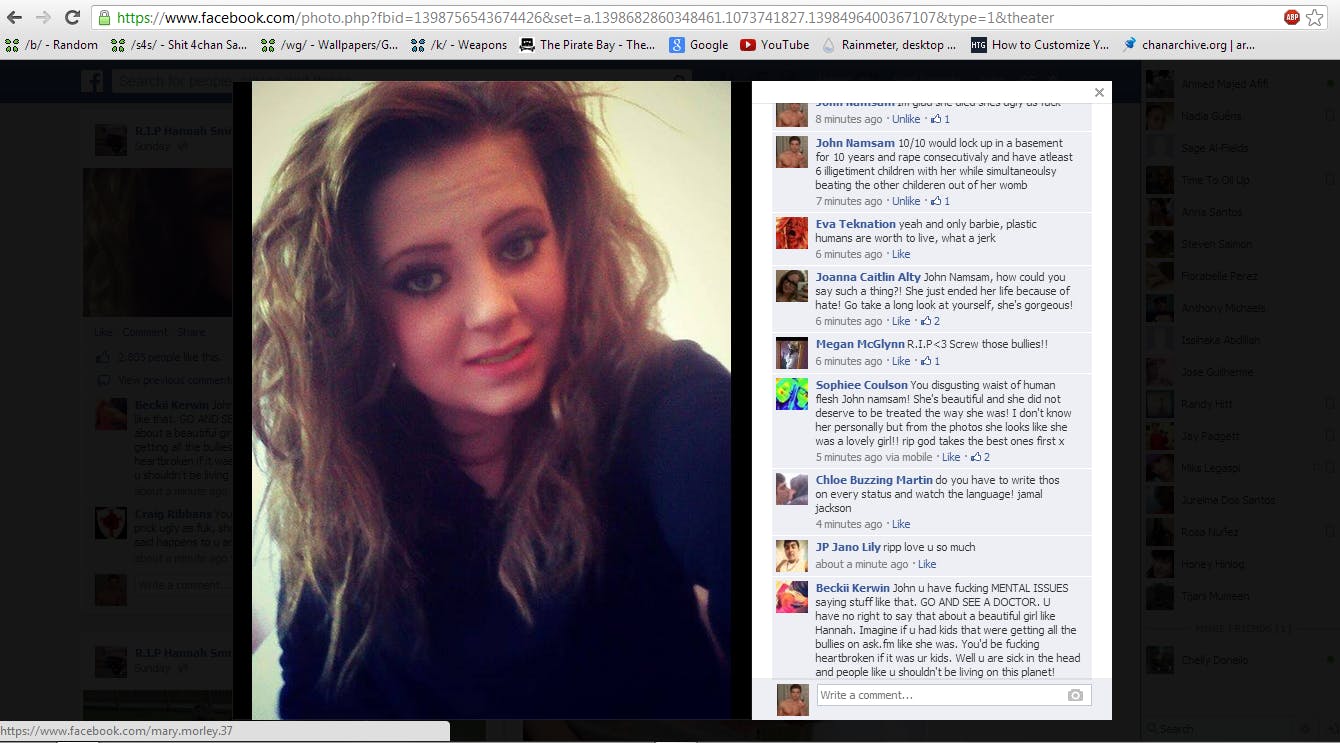 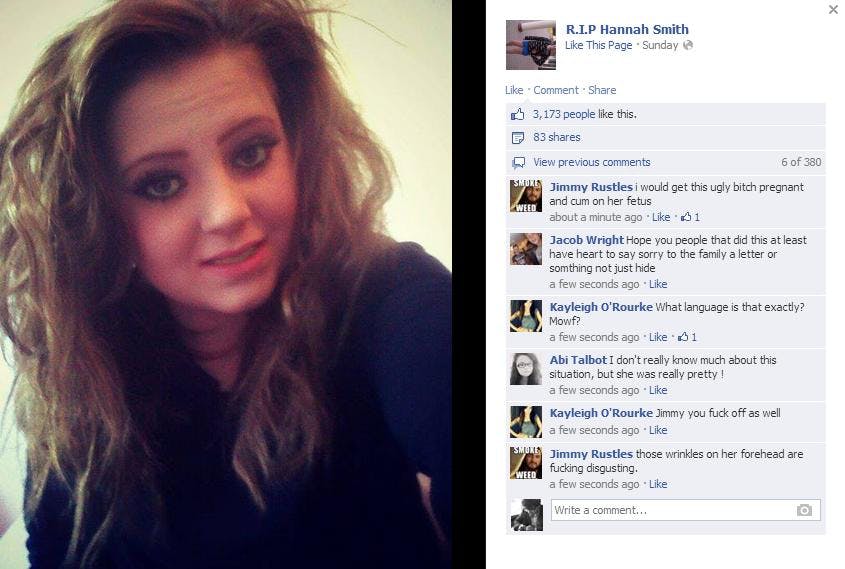 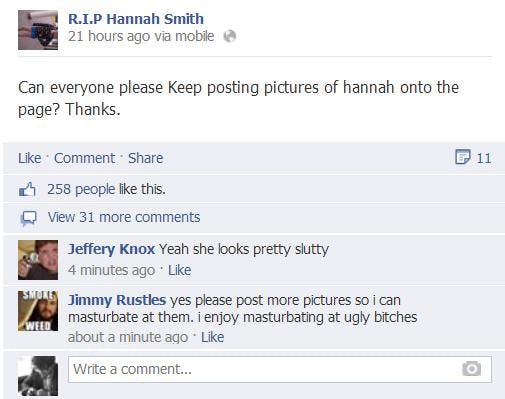 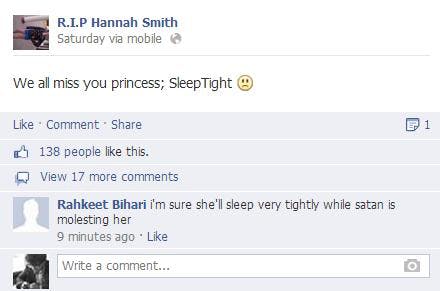 Since its inception in October 2003, /b/ has been a breeding ground for the the Anonymous hacker movement and a flurry of high-profile pranks.

Its members are responsible for rigging TIME magazine’s Person of the Year poll to have North Korea’s Kim Jong-un win, helping the hashtag #cutforbieber trend on Twitter, and gaming a Mountain Dew flavoring contest to have names like “Hitler did nothing wrong” rise to the top. Most recently, the community ruined actor Samuel L. Jackson’s first Reddit experience and voted a 39-year-old man to the top of a contest to meet Taylor Swift.

Following Smith’s death, Ask.fm’s anonymous bullies have targeted a handful of other women named Hannah Smith, telling one she is “not pretty,” “pathetic,” and that she should “join the other hannah in hell.” Another girl named Hannah Smith has been asked more than a dozen times if she is the Smith who committed suicide.  She has also received horrible messages like, “yoooou slaagggggg drop dedddddd,” “fatty,” and “bitch.”

“Why are you saying this to me?” Smith wrote in the response to one of the messages. “And why anon?”