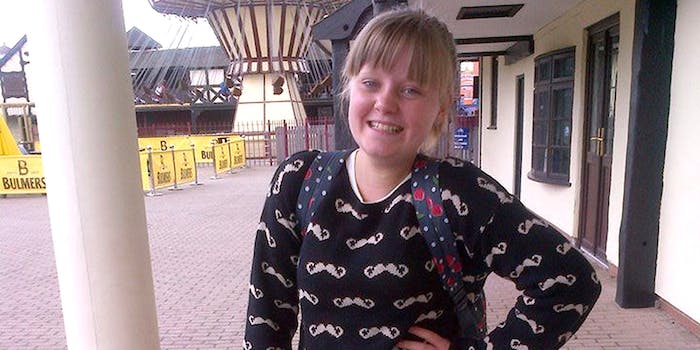 The body of 14-year-old Hannah Smith was found hanging in her Lutterworth, Leicestershire, home after anonymous users tormented her with messages like "every1 will be happy if u died," "drink bleach," and "go die."

The gutless bullies of Ask.fm have claimed their seventh victim.

On Friday, the body of 14-year-old Hannah Smith was found hanging in her Lutterworth, Leicestershire, home after anonymous users tormented her with messages like “every1 will be happy if u died,” “drink bleach,” and “go die.”

Smith’s story is a common one on Ask.fm, a question-and-answer site with more than 40 million users.

Over the past six months, six other teenagers have committed suicide after they were relentlessly bullied by anonymous users. 15-year-old Ciara Pugsle was found dead in the woods near her home in September after she was called “slut” and “ugly;” 13-year-old Erin Gallagher was found in her home in Ireland in October; and 16-year-old Jessica Laney killed herself in her Florida home in December after she was called, among other things, a “fuckin ugly ass hoe.” Other victims include Joshua Unsworth, Shannon Gallagher, and Anthony Stubbs, a 16-year-old who was found hanged in the woods outside Lancashire, England, in January.

Following each of these tragedies, several Facebook rememberance pages and petitions called for Ask.fm to be shut down. One petition started following Smith’s death collected 5,979 digital signatures.

Yet none of these efforts has made any difference regarding the future of Ask.fm.

Following Laney’s death in December, Ask.fm cofounder Mark Terebin played down concerns from parents and blamed the media for “encouraging”  and “promoting” suicide.

“Mass media is knocking on the wrong door,” Terebin wrote on his blog at the time. “It is necessary to go deeper and to find a root of a problem. Its not about the site, the problem is about education, about moral values that were devaluated lately. Ask.fm is just a tool which helps people to communicate with each other, same as any other social network, same as phone, same as piece of paper and pen.”

This statement from Terebin has not stopped Hannah Smith’s father, Dave, from calling for the website to be shut down and for its creators to be brought up on manslaughter charges, Metro UK reported.

“How many more teenagers will kill themselves because of online abuse before something is done?” Dave Smith told the Daily Mirror. “These sick people are just able to go online and hide behind a mask of anonymity while they abuse vulnerable teenagers.”

Like many of the other victims, Hannah initially stood up to the bullies calling for her to kill herself; “Wow, well for your information I’ve tried committing suicide before, and yes, I know I’m ugly no need to tell me,” she wrote. She posted the following photograph before her death, according to the Daily Mirror. 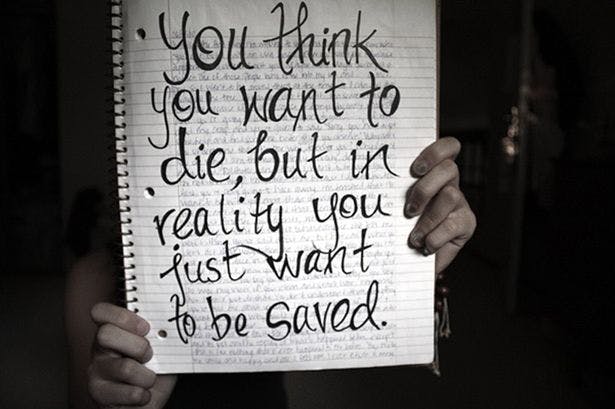 Perhaps the most disturbing part of Smith’s story is that the pattern of harassment hasn’t ended with her death.

On 4chan’s random imageboard /b/, users have created fake Facebook accounts and bombarded Smith’s remembrance page with horrible messages calling her an “attention whore” and a “stupid dead bitch.”

Since about 10:30 a.m. ET, this other Hannah Smith has been told she is “not pretty,” “pathetic,” and to “join the other hannah in hell.” The second Hannah Smith has also fielded questions regarding Smith’s suicide and has been asked things like “Why did you kill yourself? Don’t you think this is stupid?”

“You don’t know how many more problems somebody has without that just topping off their problems,” she wrote. “Nobody knows what was going on inside her head, apart from her so you have no right to judge.”