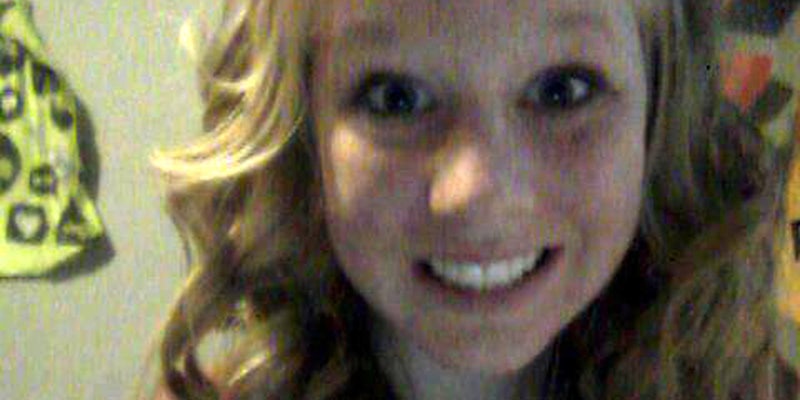 “Nothing is worth it; it will all get better<3,” wrote 16-year-old Jessica Laney on the chat hub Ask.fm, two weeks before she hung herself.

On Thanksgiving Day, an anonymous user on Q&A site Ask.fm anonymously asked 16-year-old Jessica Laney what she thought about suicide.

“If you ever feel this low i just wanna [say it’s] not your fault. People are mean. I know you feel useless broken not wanted and alone. i was there. But i promise you it will get better,” Laney, who lived in Hudson, Fla., responded. “Nothing is worth it; it will all get better<3”

For Laney, things on Ask.fm got much worse. Laney answered each question and sometimes did so through video. But for almost every compliment she received, other posts pried into her personal life. Users also asked about her virginity and called her a “fuckin ugly ass hoe.”

“Officials say Laney hung herself. She was pronounced dead at 11:26pm,” NBC affiliate WPTV reported. “While friends speculate that cruel treatment is what pushed 16-year-old Jessica Laney over the edge, an official from the Pasco County Sheriff’s Office says neither Laney’s parents nor Laney’s boyfriend were aware of any bullying in her life.”

Aside from Ask.fm, Laney was also active on Facebook and Tumblr, where she maintained a handful of blogs. On Monday friends of Laney started a Facebook remembrance page where dozens of people shared personal stories about the teen and spoke out against cyberbullying.

“it breaks my heart to know that such a beautiful girl has been taken way too soon possibly because of total ignorance. In regards for deleting people’s freedom of speech … Seriously?!” Janet Kosik commented on a post made Monday. “Freedom of speech is an honor in this country and should never be used to bash, bully or dehumanize another human being! My deepest thoughts and prayers go out to Jessica’s family and friends.”

In October a YouTube video Todd made went viral. In it she described how she visited the teen videochat hub BlogTV and was talked into flashing the camera.

Unbeknownst to Todd, someone had recorded her. A year later, he contacted her on Facebook, threatening to distribute the images to her friends and family unless she performed more explicit acts on camera. When she refused, the blackmailer made good on his threats.

The Pasco County Sheriff’s Department is investigating Laney’s death and the events that led up to it.