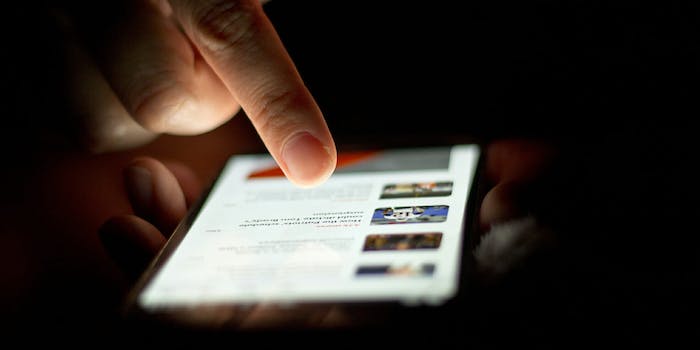 Internet traffic speeds to some of the largest video streaming sites—including , Amazon Prime Video, Netflix and others—were slowed down, or throttled, by mobile telecom companies, according to a new report.

Researchers at Northeastern University and the University of Massachusetts, Amherst used an app called Wehe and found that internet speeds for the popular websites were slowed down, Bloomberg reports.

The Wehe app was downloaded by approximately 100,000 people and used to monitor the speed of their internet service on specific websites, according to the report.

Verizon, AT&T, T-Mobile, and Sprint were found to have “differentiation,” or treatment of internet traffic that is different than other types.

The findings come on the heels of the Federal Communication Commission (FCC) rescinding net neutrality rules last year. The rules barred internet service providers from speeding up or slowing down certain internet traffic and ensured that all internet traffic was treated equally.

Advocates of net neutrality rules argued that without them nothing would stop internet service providers from “throttling” specific internet traffic.

The carriers said the speed changes were made to “manage internet traffic,” according to Bloomberg.

“We do not automatically throttle any customers,”  Rich Young, a Verizon spokesman told the news outlet. “To manage traffic on our network, we implement network management, which is significantly different than blanket throttling.”