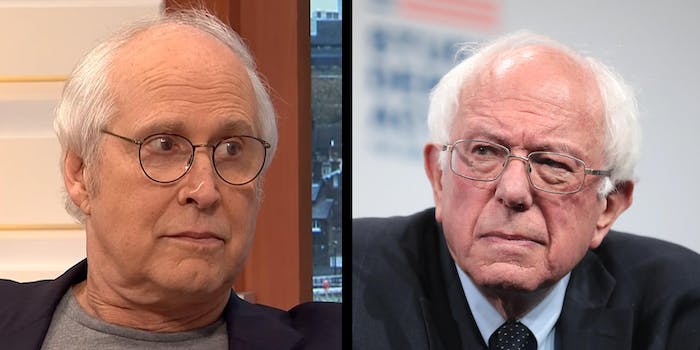 A lot of people think the resemblance is striking.

Sen. Bernie Sanders (I-Vt.) won the New Hampshire primary on Tuesday night, and a news outlet used an illustration of the Vermont lawmaker to mark the win in a tweet.

The only issue? Everyone on Twitter thinks Politico’s illustration of the New Hampshire primary winner looks a lot like National Lampoon and Saturday Night Live actor Chevy Chase.

There is a fairly strong resemblance to the actor, and a lot of people began pointing it out on Twitter—with some even going so far as to congratulate Chase on his “win” in the nation’s first primary.

Sanders is often portrayed by actor Larry David on Saturday Night Live, but perhaps the newfound resemblance could lead to Chase coming back on the show?