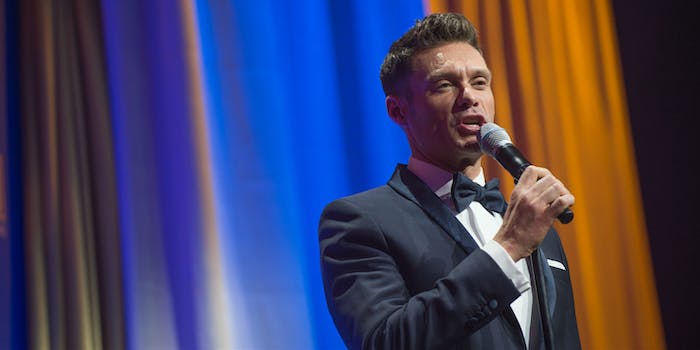 As Ryan Seacrest gears up for the Oscars, #MeToo’s shortcomings are on full display

Seacrest is just the latest accused abuser to receive a free pass.

Ryan Seacrest is an Oscars staple, with his red carpet interviews regularly flooding news coverage before and after the annual awards show. But when details of sexual harassment and assault allegations against Seacrest came to light this week, many assumed that Seacrest would be, if not fired from E!, at least asked to step out of the spotlight for the Academy Awards. But that is not the case. The celebrity interviews will go on.

On Monday, Variety reported at length on the sexual harassment and assault allegations made by Suzie Hardy, Seacrest’s former personal stylist for E! News. In a letter from Hardy’s lawyer written back in November, her attorney alleged that Seacrest developed an infatuation with Hardy and would repeatedly non-consensually touch her.

Seacrest’s alleged behavior ranged from groping Hardy’s crotch to grinding against her in his underwear, and she claims that Seacrest once slapped her rear end “so hard that it left a large welt still visible hours later,” as Variety describes it. Seacrest’s behavior reportedly continued for six years, until Hardy reported Seacrest to E!’s HR department and was subsequently fired, the letter claims.

“She would go to tie his shoe, and Ryan would shove her head toward his crotch.” Source speaks exclusively to @tvkatesnow about alleged sexual misconduct from Ryan Seacrest pic.twitter.com/AH2Aej9ahQ

To think Ryan Seacrest stood there and interviewed the leaders and founders of #MeToo and #TimesUp with a straight face, on multiple red carpets, makes my stomach churn.

Not unlike sexual assault allegations against U.S. Sen. Al Franken, Aziz Ansari, and Harvey Weinstein, Hardy’s claims are as unexpected as they are horrific. But it seems E! is uninterested in punishing the host. CNN reports that E! “found insufficient evidence to substantiate allegations against Seacrest,” despite the fact that Hardy’s allegations have been supported by a fellow co-worker and that she supplied photographic evidence seemingly depicting the welt from Seacrest’s slap.

Instead, the entertainment news host will still interview guests at the Oscars—though some publicists are turning their stars away from him and redirecting them to his co-host, according to the Cut.

So as Oscar night looms, feminists are wondering: Why isn’t Seacrest being held accountable by E! when many men of his stature have lost their jobs over such allegations? Why isn’t there greater outcry from the public and the entertainment industry after months of rallying to “believe women”? Is it because #MeToo has petered out? 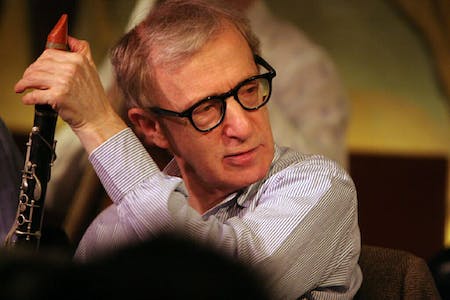 What has been dubbed “the reckoning” began shortly after allegations emerged against Harvey Weinstein last October. Weinstein enjoyed unparalleled power and prominence in Hollywood as Miramax’s co-founder, giving him control over the careers of dozens of women whom he allegedly assaulted and harassed. Soon after, #MeToo trended across the internet, calling on women to open up about their own experiences with sexual abuse in order to show just how prevalent sexual harassment and assault is in American culture.

To the hashtag’s credit, accused abusers started facing accountability. House of Cards dropped Kevin Spacey after multiple men emerged claiming that he sexually abused them as young actors, some even as teenagers. Actor Jeffrey Tambor was fired from Transparent after sexual harassment allegations were brought into the public spotlight. And Alabama U.S. Senate candidate Roy Moore (R) lost his election in a red state after multiple women came out accusing him of preying on teenage girls. Finally, it seemed like sexual harassers and abusers were going to receive justice for their behavior.

But from the start, the reckoning has always had mixed results, and not every accused abuser has been punished. Actor George Takei largely shrugged off sexual assault allegations, and his social media presence is still as popular as ever. And even though Aziz Ansari faced backlash after a young photographer claimed that he tried to coerce her into sex, the lasting impact on his career appears minimal at best.

Then there are those who’ve been accused of sexual harassment and assault decades prior who continue to skirt accountability. Woody Allen is still hailed as New York’s cinematic genius, with everyone from Alec Baldwin to Diane Keaton doubling down on support for the director, despite a 1993 court ruling declaring that “Mr. Allen’s behavior toward [Dylan Farrow] was grossly inappropriate.” Justice has been served for some abusers carted out during the reckoning, but not everyone has been forced to atone for their behavior.

Perhaps that’s because holding people responsible for their actions is just plain tiring. Pundits have long argued that Americans are overexposed to a barrage of headlines under the 24-hour news cycle that moves on to the next outrageous thing without taking a breath—and sexual harassment and assault allegations are no different. For many Americans working a daily nine-to-five that doesn’t involve hyperfixating on the mainstream media, keeping up with the latest sexual abuse allegations is an endurance marathon. That’s particularly the case for survivors, who run the risk of having their trauma triggers broadcasted across channels on live television every day.

As the Me Too movement is approaching its six-month anniversary, there’s still so much work to do, which means the movement cannot get tired now. It has to go beyond what it has already done. 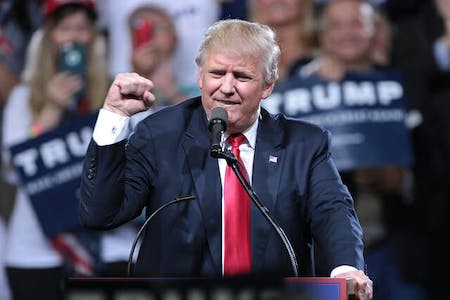 In an interview on The Howard Stern Show on Wednesday, actress Jennifer Lawrence stressed that she isn’t sure how to feel about Ryan Seacrest. On the one hand, she explained that she didn’t know too much about the allegations against him. But she also argued that she can’t make a foregone conclusion about Seacrest because she’s only an outsider to the case at hand.

“I think it is scary, you know,” Lawrence told Stern, according to People. “He has not been to trial for anything. I am not a judge. I am not a jury, you know. I don’t know… this is where this stuff gets tricky.”

Lawrence isn’t alone. Many Americans feel conflicted about how to think about sexual abuse, mostly because of the ways our culture has taught us to think about sexual abuse up until now. Allegations are difficult to pull apart, and just because a claim is made in the public sphere doesn’t necessarily mean the accused person is a predator. But we should assume the accuser is acting in good faith; the allegation should be considered as much. In short, that’s the premise behind “believe women.” It is the premise behind the Me Too and Times Up movements and why they have been successful: For so long, no even listened to women when it came to harassment or assault, let alone took them seriously and believed them.

But despite Me Too, Time’s Up, and the reckoning’s emergence in the public sphere, it’s obvious that plenty of Americans aren’t even interested in considering allegations toward their favorite public figures. Despite ongoing claims that President Donald Trump sexually abused multiple women, the American commander-in-chief has faced few repercussions, with most political discourse instead centered on his dealings with the Russian government. And despite Monica Lewinsky speaking out about the coercive power dynamic behind her relationship with President Bill Clinton, the former president’s image has been largely whitewashed, especially in the wake of his wife’s campaign.

Revisiting Ryan Seacrest’s column on being (he says) falsely accused of harassment, in light of Variety’s new reporting today. This line is something. That’s… not how this works. https://t.co/Pgpqd8hH1I pic.twitter.com/oOrrUD2vv8

Every political movement has a goal, and both Me Too and Time’s Up are focused on ending sexual harassment in everyday life by raising awareness about just how many people have been traumatized by sexual abuse. But for American culture to undergo real, lasting change, activists can’t just point to a problem and ask the world to fix it. They need to provide new ways of thinking about sex. They need to encourage Americans to look at how our culture downplays boundaries. And they need to show how creating a culture that entitles men to women’s bodies leads to abuse, harassment, and trauma.

But that also doesn’t mean we should grow fatigued at calling out predators. We can’t be bored of demanding accountability. If we learned anything with Me Too, it’s that the pressure of numbers incites action. If we want to show E! that we’d like to keep an alleged assaulter from interacting with women on Sunday—in an industry where 94 percent of women say they’ve been harassed—now’s the time to start #SeacrestOut. It is not the time to stop advocating for women.