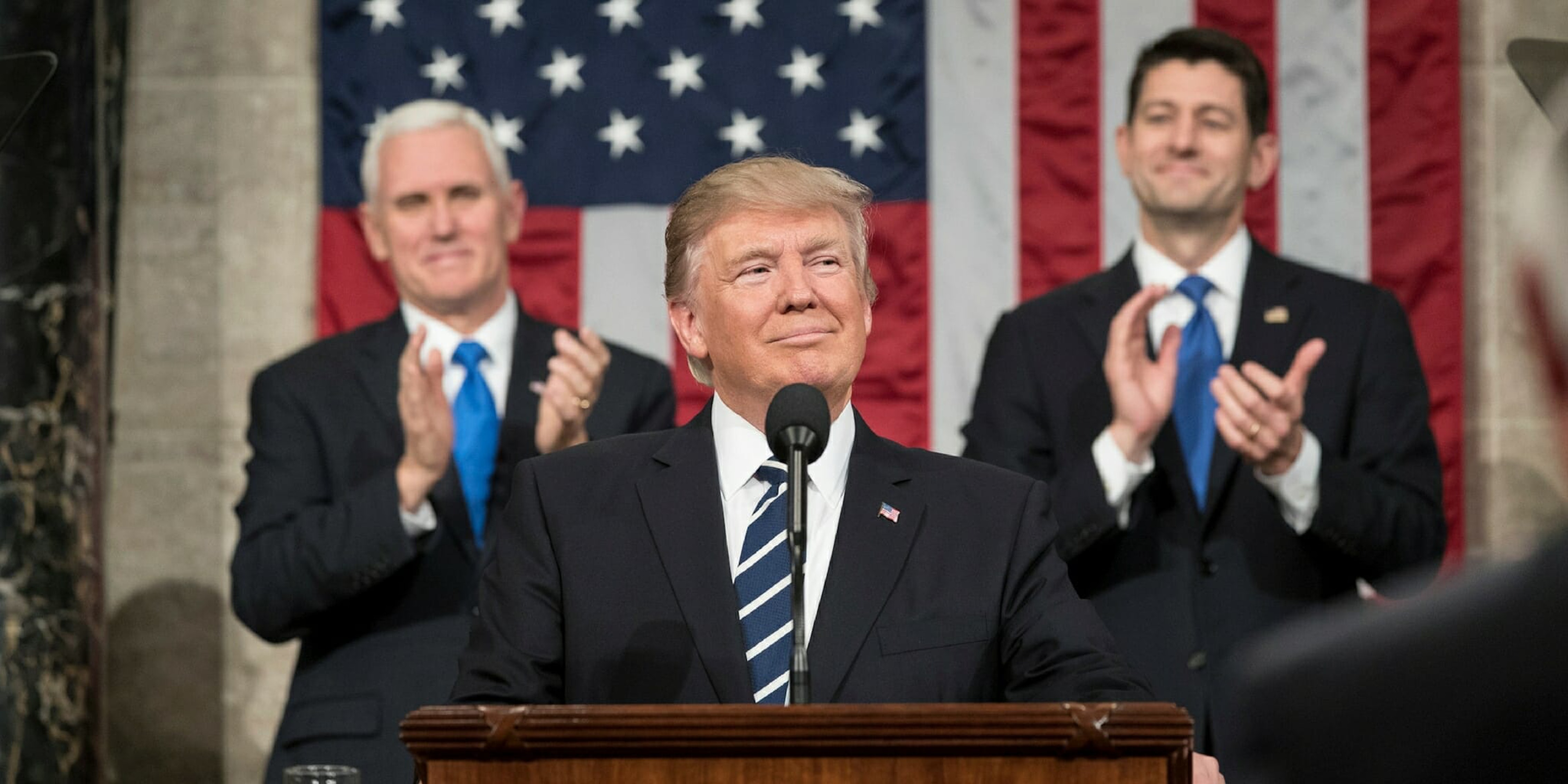 Americans also think the president is a hypocrite.

As the United States continues to reckon with countless, decades-old sexual harassment and assault allegations made at powerful men, the president himself appears closer than ever to having his own allegations re-evaluated.

The poll, conducted from Nov. 29-Dec. 4 and published on Dec. 6, found that 70 percent of 1,747 American adults thought the “accusations of sexual harassment against President Trump” should be investigated. Meanwhile, only 25 percent of people polled thought Congress should not investigate the claims.

Polled Americans appeared to stick along party lines, with the Republicans allowing the state of Alabama to choose whether they want to elect candidate Roy Moore to the Senate, who has been accused of sexual impropriety and assault of women when they were minors, and Democrats calling for the resignations of Sen. Al Franken and Rep. John Conyers, who have both been accused by multiple women of sexual harassment or assault. Of the registered voters polled, 39 percent of Republicans and 86 percent of Democrats thought an investigation should be conducted over Trump’s misconduct, whereas 56 percent and 12 percent of those polled in the respective parties disagreed.

President Trump has been accused by at least 19 women of sexual harassment or assault over the decades leading to his election, and has been recorded saying that he can grab women “by the pussy,” and that fame allows people to do whatever they want to women’s bodies because “they let you.” On Tuesday, Summer Zervos, a former Apprentice contestant who says Trump groped her and kissed her forcefully during a meeting about future job opportunities, began presenting her oral arguments in her defamation case against the president. Trump and the White House have denied all allegations of sexual misconduct, and have said that the women who have spoken out against him are lying.