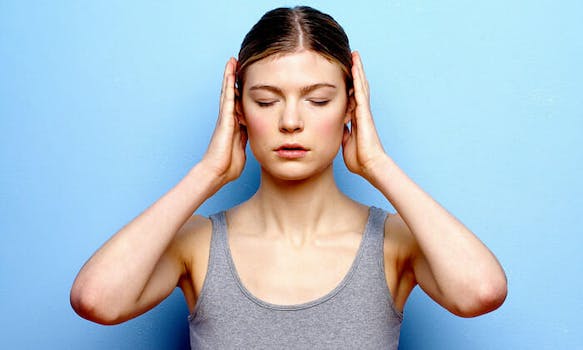 Unlike Babe did with Grace, let's give women the room to reflect on being violated.

In the days following Babe’s publication of the latest viral #MeToo story, the internet has been roaring with opinions about what constitutes sexual assault. The very badly reported piece details an unwanted sexual encounter between comedian Aziz Ansari and a woman renamed “Grace” for anonymity. The story is told in a gossipy fashion, focusing heavily on details like the young woman’s outfit, what she drank, who she texted, and only briefly touches on moments where she struggled to express her discomfort. There is little pausing to allow the woman at the center of the story to share her reflections on how and why her experience left her feeling violated.

Because of its structural weaknesses, the story fails to highlight that Grace has in fact processed her experience, which once felt to her so confusing and ambiguous. Grace names her experience as assault, but the actual words “sexual assault” are buried so deeply in the piece that if you don’t read it carefully, you might get the impression that the young woman interviewed still doesn’t know what to make of her experience. You might feel as though you’ve been invited to judge her choices, as well as Ansari’s, and that’s exactly what the internet has done.

#MeToo ushered in the promise of a safe space. Women were told, “All those stories you’ve been afraid to share are welcome here. You can share your pain, and this time you won’t be judged or blamed. This time, you will be heard.” But, it seems the tides have turned. In a moment where we could continue to uphold the necessary safe space for women to share their confusion, their pain, and to process their experiences, we have let them down. We’ve decided that it has become too uncomfortable to sit with our own uncertainty and fear. Because we detest ambiguity, because we want this messy business of trust and consent and who’s “good” and who’s “bad” to be neat and manageable, we’ve decided to stop listening, and we have turned the internet into a courtroom.

Instead of giving a young woman permission to define her experience, including the very important process of engaging with critical moments of ambiguity and confusion, we’ve decided to put her on trial so that we can label it for her. The Atlantic’s Caitlin Flanagan attacked Grace’s story as “3,000 words of revenge porn.” Flanagan says women are “angry and temporarily powerful” and apparently so drunk on that power they’ve lashed out and “destroyed a man who didn’t deserve it.” An odd conclusion, considering that nowhere in Grace’s narrative did she indict his career or call for retaliation. At the New York Times, Bari Weiss dismissed Grace’s follow-up texts to Ansari in which she courageously outlines what upset her so deeply about his behavior. Rather than letting Grace speak for herself, Weiss offers this scathing translation of the message: “I am angry that you weren’t able to read my mind.” According to Weiss, Grace could have and should have left. In other words, the whole encounter was her fault.

On the other side of the courtroom, there is a chorus of voices crying that we cannot condemn Grace because there is ample evidence that this most definitely was assault and Ansari is now one of the bad men. On Twitter and on Facebook, readers are highlighting x, y, and z pieces of evidence: She said, “I don’t want to feel forced”; she told him “next time”; she repeatedly backed away from him. While their intentions are obviously good, what they, too, are obscuring is the importance of Grace’s agency in defining her own experience—which she does define as assault if you get to the very end of the very lengthy piece. But Babe never lets her reflect on that admission. The piece robs her of that opportunity. But that doesn’t mean this young woman’s experience is suddenly ours to dissect or define. It’s still hers and hers alone.

I realize that saying this opens me to a world of criticism. How can I give her that much power? How dare I say that we don’t have a right to examine the facts of what happened? If we trust women at their word, what kind of wrathful revenge might they unleash on the men who’ve slighted them?

At a basic level, I understand that impulse to question the limits of how much stock we put into one person’s word. But considering the context of our historical power dynamics, I am far less frightened that women who are emboldened will make the world a more vicious place than I am that people who silence women in the name of “truth” will perpetuate more harm.

What we often fail to consider, and what I fear we’ve overlooked in this specific case, is the excruciating process in which so many women dissect their own experiences before they share them. More often than not, women who share stories of harassment, assault, and rape have reflected at great length before doing so. We typically do not blurt out our stories on a whim. We examine and re-examine our experiences. We interrogate ourselves. We question our choices. We put ourselves on trial, and then, if and only if we feel safe enough to say, “I think I know what this might have been,” do we utter our stories to the world.

I know this is true because I’ve lived it. It took me more than a year to process my own sexual assault and to finally put words to my experience. I know that by sharing it here, I open myself up to scrutiny. And so I only do so because I feel safe and confident enough in my knowledge of my experience to call it what it was.

In the summer of 2016, one of my best friends raped me. I don’t think he’s a monster. I don’t hate him. But what he did caused me harm and I know that I did not consent to it.

I had begun spending time with this friend about a month earlier. We had a sexual history, but I had expressed to him that although I cared about him deeply, I did not want us to reopen any kind of sexual relationship. We agreed that we would no longer have sex. We spent time together where we held that boundary and it felt good and safe. I was so happy to know that we could sustain a friendship.

But then, one night, while we were watching TV on my couch, he made a move. I pulled away and told him, “No, I don’t want to have sex with you.” At first, he said he accepted it. We hugged. And then he told me, “I just really want to kiss you.” He started pushing again. He kissed me. He put his hand on my breast, and then, even though I really didn’t want to, we had sex. It felt awful. I remember wanting it to end and silently assuring myself that it would. I remember feeling as if I were not entirely in my body. And when I did return to my body, I winced, wanting to be able to say no again, to push him off me, but for some reason feeling that I could not. I just wanted it to be over.

I told a friend about it the next day and she scolded me. She told me I should have made him leave. Days later, I told another friend and I couched the story in excuses for his behavior. I said, “He didn’t want to hurt me. It’s not like it was rape or anything. It was just sex I didn’t want to have.” She asked me, “Why isn’t that rape?”

It took me a full year to process and make sense of it. It was incredibly painful to come to terms with, but the fact is, for me, it was rape. Someone I really loved and trusted raped me, and I didn’t want to call it that because I didn’t want to experience the pain of it.

When, last month, I finally told the friend who had questioned my language that I was ready to call it rape, she told me she remembered that moment when she questioned me. She felt it was rape, but she didn’t want to tell me what to think of my experience. And I was so grateful for that.

I cried and she told me that she had experience coming to terms with her own rape—which I had heard about before and knew to be far more violent and frightening than mine. She said the biggest thing that she had trouble accepting was that it was a moment when she wasn’t in control and couldn’t take care of herself. Knowing that, she made a choice neither to push me nor to speak for me. In a moment where I felt distressed and confused, the last thing she wanted to do was take one more element of power away from me. I believe she gave me the safe space I needed to process my own experience, and for that, I am eternally grateful. In a moment where I felt powerless, she handed me back my power.

Ultimately, this is what assaults like Grace’s and mine and so many others’ boil down to: They are moments so wrought with confusion—how can this person who we admire, who we care about, or who we love do this to us?—that it is nearly impossible to process what it is at the time other than a shock and violation. We cannot always explain why or how an assault happened. We may find ourselves replaying these moments over and over, asking why did it proceed like this and why couldn’t I stop it? This is what makes sexual assault so terrifying. This is what makes you want to push it into a corner of your mind and delay any search for answers. This is why examining our experiences demands tremendous courage.

This is the heart of why the internet’s response to Grace’s story is so alarming. The courtroom of the internet has offered up a false binary of absurdly reductive options: Either Ansari is a monster or Grace is an idiot millennial. I would argue that neither is true and we do ourselves and the #MeToo movement a huge disservice by putting these individuals on trial. Instead of tearing them apart to satisfy our own hunger for certainty in deeply troubling and ambiguous times, what if we sat with the discomfort of not knowing just a bit longer? What other stories might we tell and how might other women who’ve felt powerless begin to reclaim their power?