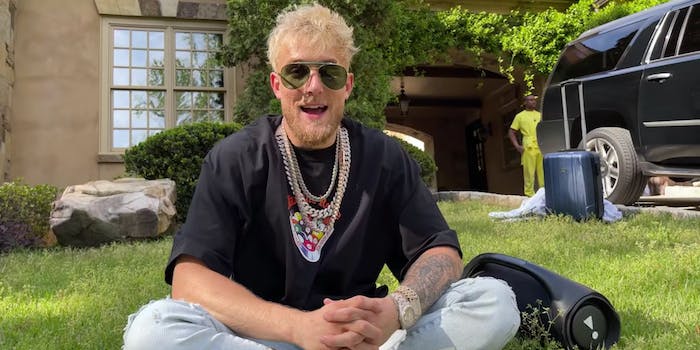 Latest Jake Paul accuser says the YouTuber groped her, called her ‘jailbait’ when she was a minor

The latest claim comes after TikToker Justine Paradise accused Paul of forcing her to perform oral sex on him.

“In a situation like that, there was nothing I could do,” Paradise recently told the New York Times. (The Times interviewed three of Paradise’s friends, who corroborated parts of her story.)

But another woman, 21-year-old actress and model Railey Lollie, also told the Times that Paul was inappropriate toward her. Lollie said she began working with Paul and the infamous Team 10 when she was 17. She claimed Paul described her as “jailbait,” a term referring to someone under the legal age of consent.

She said that in late 2017, when Lollie was still underage and Paul was 20, Paul forcefully groped her. After Lollie told Paul to stop, he allegedly ran out of the room, according to the Times.

Paul previously denied Paradise’s accusations in an April 13 tweet. In a statement to the Daily Dot, Paul’s attorney, Daniel E. Gardenswartz, said of Paradise’s accusations: “Our client is aware of the recent allegation against him. While others have already begun to debunk the claim alleged against him, our client categorically denies the allegation and has every intention of aggressively disproving it and pursuing legal action against those responsible for the defamation of his character. Our client believes that any false allegations diminish the credibility of those who have truly been victims of misconduct.”

His lawyer also denied the most recent accusations in a statement to the Times.

The Daily Dot has reached out to Paul’s team regarding the most recent allegations.