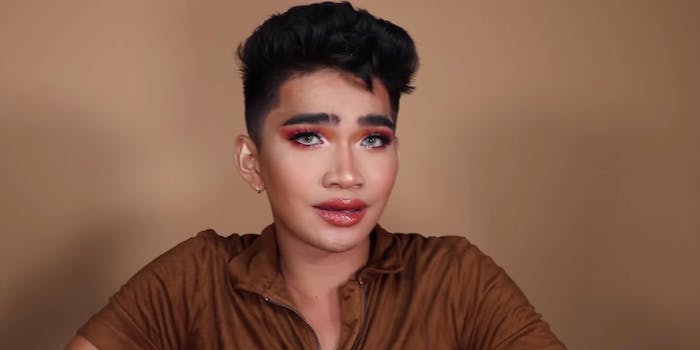 He has since addressed the video resurfacing.

Bretman Rock is the latest celebrity to get their own “is over party” hashtag after an old video of the beauty YouTuber saying the N-word resurfaced online, spurring the hashtag “#BretmanRockIsOver.”

Pride reports fans expressed their disappointment over the video, and that the star, whose real name is Bretman Sacayanan, quickly addressed the situation on his Twitter. The video is from 2015, Sacayanan said in a tweet in response to the backlash.

Videos revealing non-Black teens and celebrities saying the N-word and churning out racist, or culturally insensitive, content has continuously made rounds on social media. Just recently, two Texas teens were expelled after their racist TikTok went viral. YouTube personalities such as Shane Dawson and Jeffree Star have also been called out for their past use of racial slurs and videos laced with negative stereotypes, according to Metro.

Sacayanan’s video did not catch some off-guard, as they said they’ve already distanced themselves from the star due to his friendship with YouTuber Nikita Dragun, who’s repeatedly been called out for cultural appropriation.

The need to permanently “cancel” Sacayanan due to his actions came up among Twitter users, with some coming to the consensus that he did not deserve his career to be damaged as a result of the video.

Sacayanan currently has over 7 million YouTube subscribers and over 14 million Instagram followers. He also has collabed with makeup brands such as wet n wild Beauty, Benefit Cosmetics, and Morphe.

Sacayanan tweeted he has apologized for the video in the past and “will happily do it again.”

“It was stupid (and) ignorant then as it is now,” Sacayanan said.

He went to warn his followers to take account of the language they use and what they post online: “That video still haunts me to this day, (and) I am so ashamed of it. What you think is acceptable when you’re young isn’t going to age well. WORDS MATTER.”