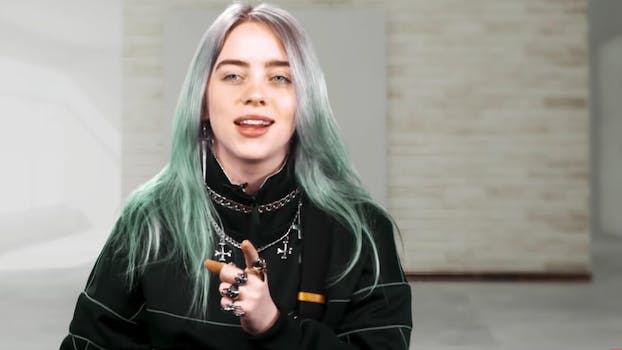 #BillieEilishIsOverParty trends after she liked a One Direction meme

The meme compared the looks of Zayn Malik and Louis Tomlinson.

Billie Eilish is in some hot water after liking a meme about Snapchat filters on Instagram.

The meme in question showed screenshots of Zayn Malik and Louis Tomlinson in a One Direction music video and was captioned, “when you move and the snapchat filter comes off.”

One Direction and Louis Tomlinson stans came for Eilish on Twitter, using the hashtags #billieeilishisoverparty and #welovelouis.

“He is so kind, talented and handsome. And he [deserves] so much better,” one Twitter user said.

One fan clarified that not everyone wants to cancel Eilish over the meme.

Fans of Eilish immediately started using the hashtag #billieeilishisoverparty to defend the singer for simply liking a meme.

Many Eilish fans voiced their frustration with cancel culture, as they feel Eilish didn’t do anything to deserve truly being canceled.

“We have these cancel parties like every week. Y’all need your twitter privileges revoked for a month any time ya start this shit,” one Twitter user commented.

“Bigger sh*t going on but y’all got distracted by something so small. It’s social media. A meme. It’s never that deep. Just stop,” another Twitter user said.

Eilish has not yet responded publicly to #billieeilishisoverparty.