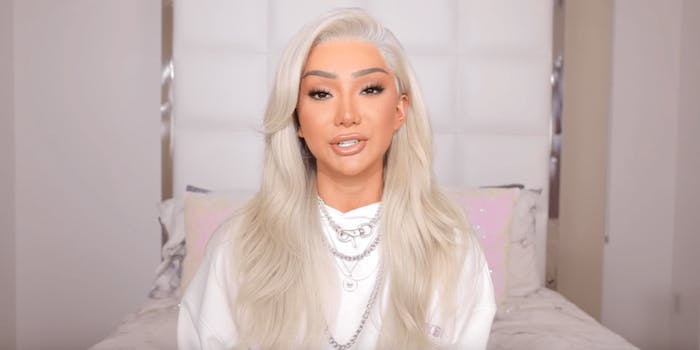 ‘Other races get tan’: Nikita Dragun responds to blackface accusations

YouTuber and makeup artist Nikita Dragun has been accused of darkening her skin to the point of being offensive to Black people. In a now-deleted tweet, a Twitter user compared Dragun’s skin tone to blackface.

“Why is @NikitaDragun so damn dark now,” the user asked alongside photos of Nikita with different skin shades.

Dragun, who is transgender and of Vietnamese and Mexican descent, responded with a photo of herself with her natural skin color as a teen or preteen. “Cus my moms mexican and my dads viet… other races get tan but go off [sic],” she tweeted with the image.

Dragun admitted that her tan wasn’t natural but claimed to get a darker complexion when in the sunlight.

A fan commented: “People will say, ‘Nooo it’s a spray tan.’ Like who cares if you naturally tan that dark anyway does it really matter? Some people don’t like being pale in winter.”

“I can’t go in the sun anymore… my family has a high risk of skin cancer,” Nikita responded.

Dragun, who has more than 3 million YouTube subscribers, came under fire last year for her outfit at the MTV Video Music Awards. She accessorized with three men on leashes, one of whom was a Black man.