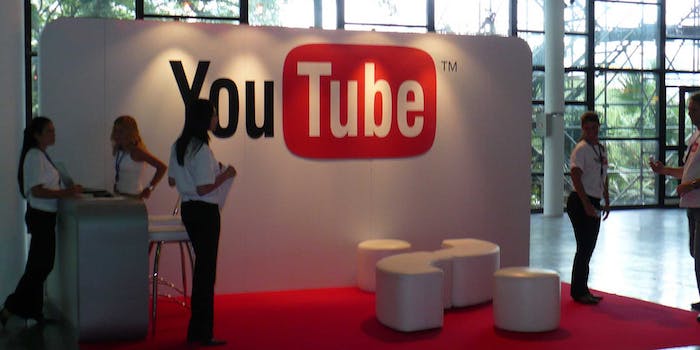 Live streaming, custom thumbnails, and more are coming to any channel with 100 or more subscribers.

The company announced in a blog post that it will allow more content creators to use live streaming capabilities, custom video thumbails, and other sought-after features that have been partners-only for a long time. The news came as thousands of YouTube creators and fans descended onto VidCon over the weekend.

YouTube channels with as few as 100 subscribers will be able to live steam content to their subscribers as long as they’re in good standing on the site.

Live streaming and other perks have been around for for years. Originally only open to select partner accounts and video game developers, the company lowered the minimum subscription count for live streaming content to 1,000 subscribers in May. You can head over to your Account Features and click “Enable” to opt into the new feature.

Lowering the minimum number even further opens the door for even more YouTubers to create new content for their subscribers to consume, an idea YouTube seems to support. It also opened its paid subscription service to anyone with 10,000 subscribers or more last week.

“We’re here to help you: from promotion to channel management to content optimization, we have the resources and programs to support you,” the YouTube Team wrote. “That’s why more of you with accounts in good standing will be able to use a bunch of features you’ve been asking for.”

YouTube is also allowing more content creators use a custom thumbnail on their videos, annotations that link to external websites (including merchandise), and the ability to creating series playlists.

Before the new update, YouTubers who didn’t qualify for custom thumbnails had a limited selection of thumbnails automatically generated from their video. Now, many more channels will be able to choose any image they want—as long as they follow the Community Guidelines.

All of the new features (with the exception of live streaming capabilities) will be available to all users in the next few weeks.