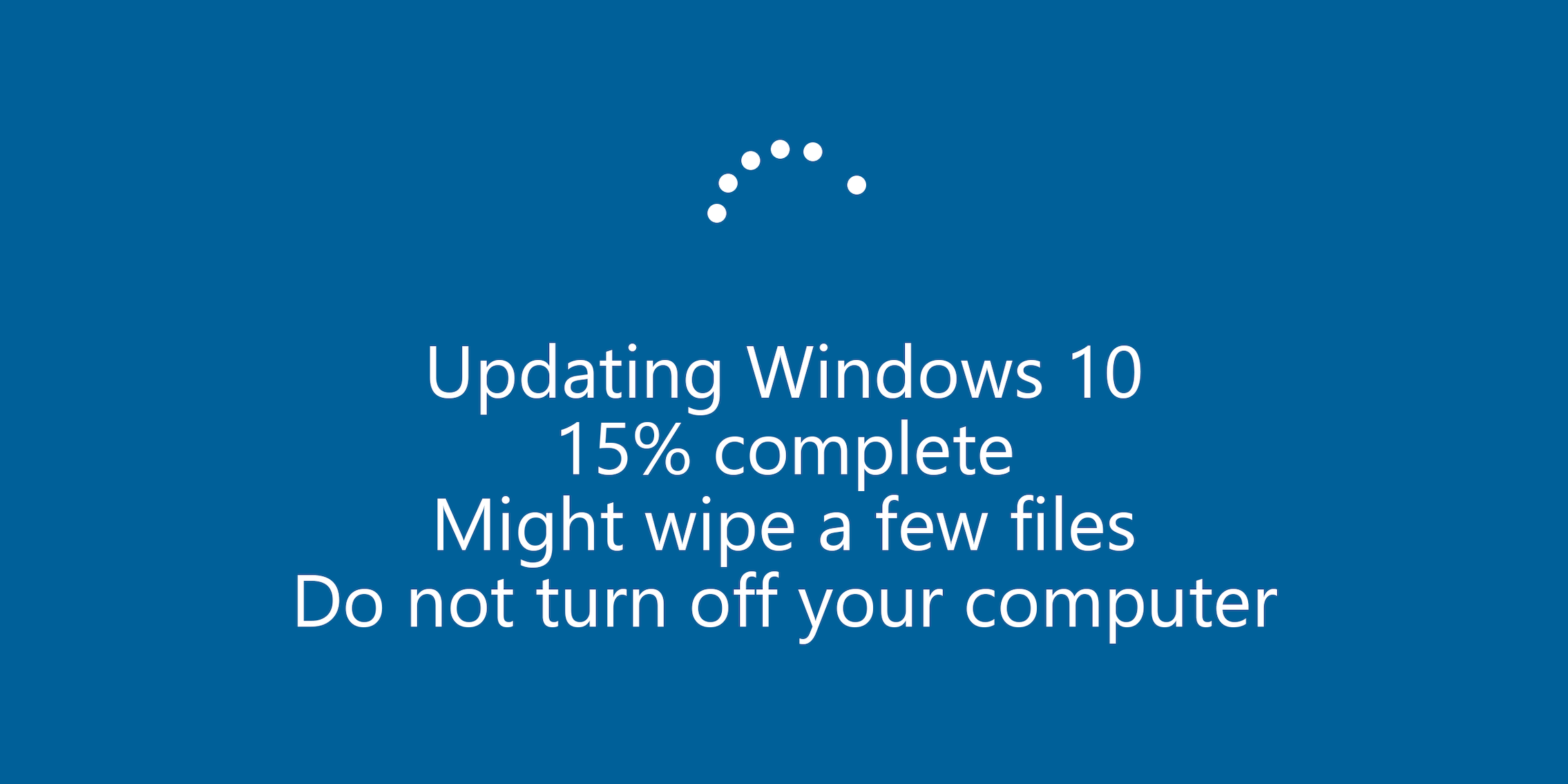 Some PC owners are having problems with the Windows 10 October update.

The Windows 10 October Update shipped a few days ago, but a bug seems to be causing big problems for some users. Numerous people are reporting on social media that the latest update is deleting user files including their documents, music, pictures, and videos.

The problem seems to be that for a small percentage of users, the update (Windows 10 1809) clears out files that are saved in your user directory, but aren’t also synced to One Drive, Microsoft’s cloud storage platform. However, it’s not affecting all who’ve updated their Windows 10 devices.

Heads up to anyone updating windows. Apparently, if you have documents saved in your user directory, i.e. users/JohnDoe, and not one drive, the update will delete EVERYTHING in that location. So if your "Documents" or "Pictures" don't have a one drive symbol, MIGRATE IMMEDIATELY!

In a thread on Reddit, multiple people report experiencing this issue with the Windows 10 October Update. “I upgraded three devices yesterday (desktop PC, laptop, Surface),” Redditor picaresque shared. “On two the upgrade went perfectly, but on the desktop PC one profile had the documents and pictures folder deleted. Completely gone, nothing in Windows.old either. Restored to the previous Windows version, but files were still missing.”

Another user reports losing 220 GB of data. Others have had something similar happen during past Windows updates. Others still have updated multiple machines with no problems whatsoever: “I’ve just updated 6 laptops, 2 virtual machine and 2 desktops to the latest Windows 10 1809 update and they all went through without any issues,” Redditor MrAmos123 said.

Unfortunately, it’s not uncommon for software updates—on any operating system platform—to ship with bugs, and early downloaders typically bear the brunt of discovering those issues. Since the Windows 10 October Update rolled out a handful of other bugs have also been discovered, including a compatibility issue with some Intel device drivers and inaccurate CPU usage numbers in the Task Manager.

If you haven’t updated your system yet, it could be wise to make sure you back up all of your files, photos, and music before installing the October Update. To defer the update to a later date, head into the Windows 10 settings app. You can delay the download of a feature-based update for up to 365 days, and security updates for up to 30 days.

Update 7:31am CT, Oct. 15: Microsoft fixed this bug, the Verge reports, writing that “[a]fter pulling the Windows 10 October update over the weekend, Microsoft fixed file deletion bug that was plaguing some users. Insiders can update their systems again, but general users will have to wait as Microsoft studies their “results, feedback, and diagnostic data” to ensure the bug has been properly addressed.”