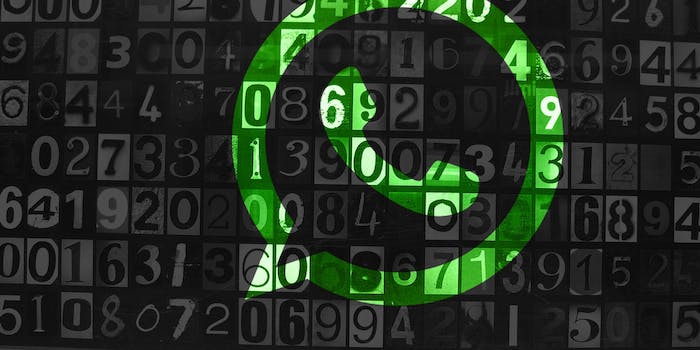 WhatsApp just rolled out end-to-end encryption for all of its more than 1 billion users.

The update means every instant message, picture, and video sent over the service will be protected from interception. Neither WhatsApp employees, law enforcement, nor criminals will be able to intercept the messages.

Previously, the app only encrypted messages end-to-end on Android devices.

The expansion of encryption on WhatsApp comes amid an ongoing debate over law enforcement access to encrypted communications. The debate, known as the “crypto wars,” recently percolated into the national consciousness after a federal judge ordered Apple to help the FBI crack into the locked iPhone of one of the San Bernardino shooters. The order was eventually dropped after the Federal Bureau of Investigation accessed the device with the help of an unnamed “outside party.”

In addition to protecting users from hackers, the widespread use of encryption on WhatsApp will likely stymie law enforcement efforts to intercept content sent over the service. The widely accepted principle among secure-messaging experts is that if law enforcement have a way to access your messages, so too do criminals and other malicious actors.

Marlinspike stressed the importance of encryption in an interview with Wired. “In some ways, you can think of end-to-end encryption as honoring what the past looked like,” Marlinspike said. “Now, more and more of our communication is done over communication networks rather than face-to-face or other traditionally private means of communicating.

“Even written correspondence wasn’t subject to mass surveillance the way that electronic communication is today.”