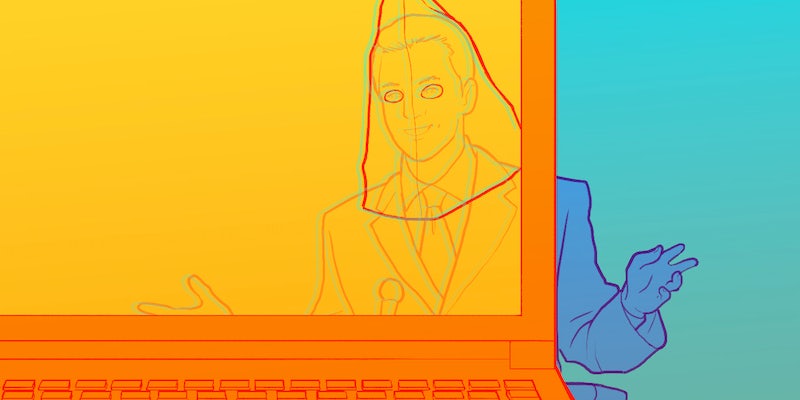 A thousand racists may be about to get doxed.

After a bit of promotion, a lot of confusion, and a ton of press coverage, members using the hacktivist designation Anonymous plan to unleash #OpKKK on Thursday. If you’re curious what this all about, if it’ll have any impact, or if it’s credible, you’ve come to the right place.

It’s an Anonymous operation to out members of the Ku Klux Klan. On Thursday, they say, they’ll dox 1,000 members.

Think “documents.” It means to share the personal information of a person. In this case, it’s outing members of the KKK and sharing other private data about them.

Like how Anonymous just claimed a bunch of politicians were members of the KKK?

Sort of! Except that wasn’t actually Anonymous, even though pretty much anybody can claim themselves to be Anonymous. The guy behind that “doxing” of four U.S. senators and five mayors admitted he had no Anonymous aspirations. He also insisted that he had evidence that those politicians indeed had ties to the KKK, even though that’s almost certainly impossible: One of those mayors was openly gay, and another belongs to an interracial family. Both would disqualify you from KKK membership.

Either way, a lot of the prominent Anonymous Twitter accounts have distanced themselves from that particular claim, and they indicate it’s a distraction from the real deal on Thursday.

Of course, the fact that anybody can claim Anonymous membership means that a lot of conspiracy theorists who sport that designation or use the iconic Guy Fawkes logo can spread the claim that the political dox is accurate. That’s just what comes with being a decentralized group like Anonymous.

Is the KKK even still a thing?

It’s far less of a political force than it once was, but yes, it very much still exists. The Southern Poverty Law Center describes the KKK as an active hate group. You could consider this the group’s third iteration: The first died out not long after reconstruction in the late 1870s, and the second surged as a response the Civil Rights Movement of the 1960s. This version claims it’s more dedicated to stopping immigration than murdering and terrorizing African-Americans.

Why does Anonymous hate the KKK, anyway?

It fits in pretty well with the rough activism ethos of Anonymous to challenge a white supremacist group with a shoddy Internet presence, as the KKK does. But things really got heated in the summer of 2014, when protesters marched in Ferguson, Missouri, in solidarity with Michael Brown, a black teenager killed by a white police officer. Self-designated members of Anonymous proclaimed solidarity with the protesters, and the KKK engaged in a visible counter-protest and even threatened to use “lethal force” in response to the anti-police demonstrators.

How credible is this claim that they’re going to out a thousand racists?

It’s not entirely clear. Once in a while, Internet vigilantes get this stuff right. In September, Lake Arthur, Louisiana, cop Raymond Mott was fired after a photo of him attending a Klan rally, and giving a former salute, appeared on Facebook and went viral. And last year, several Klansmen quit after the 2014 clash with Anonymous. More on that on a bit.

That said, Internet vigilantes misidentify people all the time, and Anonymous is certainly no different. In fact, #OpKKK has produced several documents leading up to Thursday, each filled what what is allegedly the information of KKK members, including their names and phone numbers. Little, if any, of that information was both current and accurate. The Daily Dot called more than 20 numbers on multiple releases. Most rang unanswered, and a few reached people who were clearly not those Anonymous had named. Whether that information was wrong to begin with or just outdated, we can’t say with certainty.

How did Anonymous get this information?

Does doxing KKK members—when it’s accurate—actually do anything to stop them?

Filmmaker Dan Vernon’s 2015 documentary Inside the Ku Klux Klan actually caught incredible footage (start at 24:52) in which several KKK members dealt with an Anonymous campaign in 2014. They’re shown as frustrated but helpless at seeing their information spread on the Internet, and several choose to quit the organization after they’ve been outed.

It likely does not, however, stop these people from discriminating against non-white Americans.

How has the KKK responded?

And the threat of a protest.

One more question. Why the buildup? Why Thursday?

Remember, remember, the fifth of November! It’s a nod to Guy Fawkes, the English would-be anti-government terrorist, made famous most recently in the movie V for Vendetta, whose mask in the movie is still worn by protesters who identify as Anonymous and has become a symbol of the hacktivist collective.