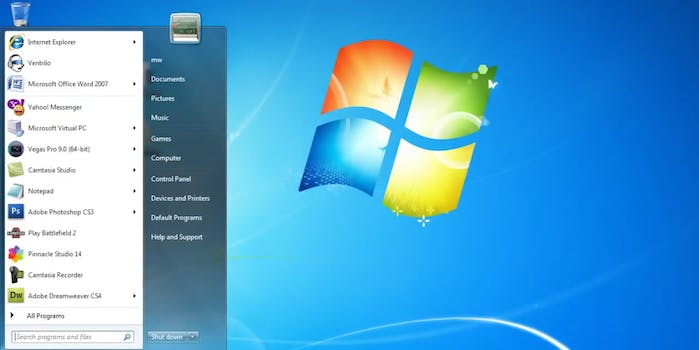 If you are a part of the nearly 50 percent of PC owners still using Windows 7, now would be a great time to update.

Researchers are still trying to piece together details from the “WannaCry” ransomware attack that infected hundreds of thousands of computers in more than 150 countries. What we do know is that Windows 7 systems were impacted at a substantially higher rate than machines running Microsoft’s other operating systems.

According to data from Kapersky Labs, almost 98 percent of computers affected by the ransomware ran a version of Windows 7. Windows Server 2008 R2 accounted for a majority of the remaining 2 percent.

Windows 10 users shouldn’t worry about being vulnerable to WannaCry despite the latest OS’s appearance on the above chart. Costin Raiu, director of global research and analysis at Kapersky, says the .03 percent of Windows 10 computers containing the malware were infected manually by testers.

If you are a part of the nearly 50 percent of PC owners still using Windows 7, now would be a great time to update to Windows 10.