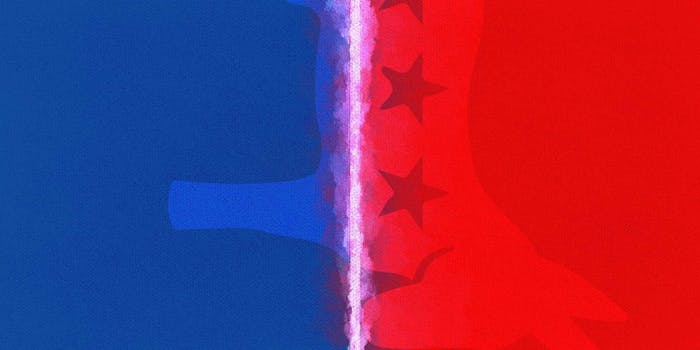 'I believe I'm being called to lead by helping to clear the field in this race.'

Gov. Scott Walker of Wisconsin withdrew from the 2016 presidential race on Monday after falling to less than 1 percent in national polls.

In a press conference, Walker suggested other candidates follow suit to help the party narrow its focus and rally support around alternatives to Donald Trump. While he didn’t name the business mogul, Walker’s meaning was hard to miss.

“Today, I believe I’m being called to lead by helping to clear the field in this race so that a positive conservative message can rise to the top of the field,” Walker said. “With this in mind, I will suspend my campaign immediately. I encourage other Republican presidential candidates to consider doing the same so that the voters can focus on a limited number of candidates who can offer a positive, conservative alternative to the current frontrunner.”

The Republican frontrunner, according to all national polls, is Trump.