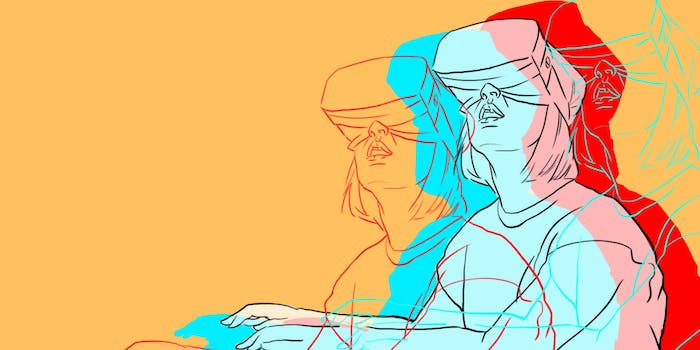 CNN will stream the Democratic debate in virtual reality

Virtual reality viewers will catch all the eyerolls and nose scratches that TV viewers miss.

If you’ve ever felt the urge to get up close and personal with Hillary Clinton‘s pantsuits, rest assured that CNN is planning the democratic debate with you in mind.

The network announced that it will stream the Oct. 13 debate in virtual reality, giving viewers a 3D look at Clinton, Bernie Sanders, and—who knows?—maybe even Joe Biden.

CNN is partnering with the tech firm NextVR to create the stream, which CNN says will be the first virtual reality livestream of a news event and will be available to owners of Samsung’s Gear VR headset. CNN and NextVR tested the technology during last week’s Republican debate, which the network says was “quietly filmed” for virtual reality posterity and is available for download in Oculus stores.

At first glance, the idea of watching a presidential debate in virtual reality instead of an action movie or a concert seems a little silly—how much movement and drama are viewers really missing if they watch on TV? But CNN has an intriguing pitch for using virtual reality during the debate. “Users are able to hold a gaze on a particular candidate, catch off-screen interactions and more,” CNN said in a press statement. Virtual reality viewers will catch all the eyerolls and nose scratches that TV viewers miss.

As Re/code notes, this isn’t the first time CNN has tried mixing virtual reality and presidential campaigns. During the 2008 election, Anderson Cooper interviewed Will.i.am via hologram.