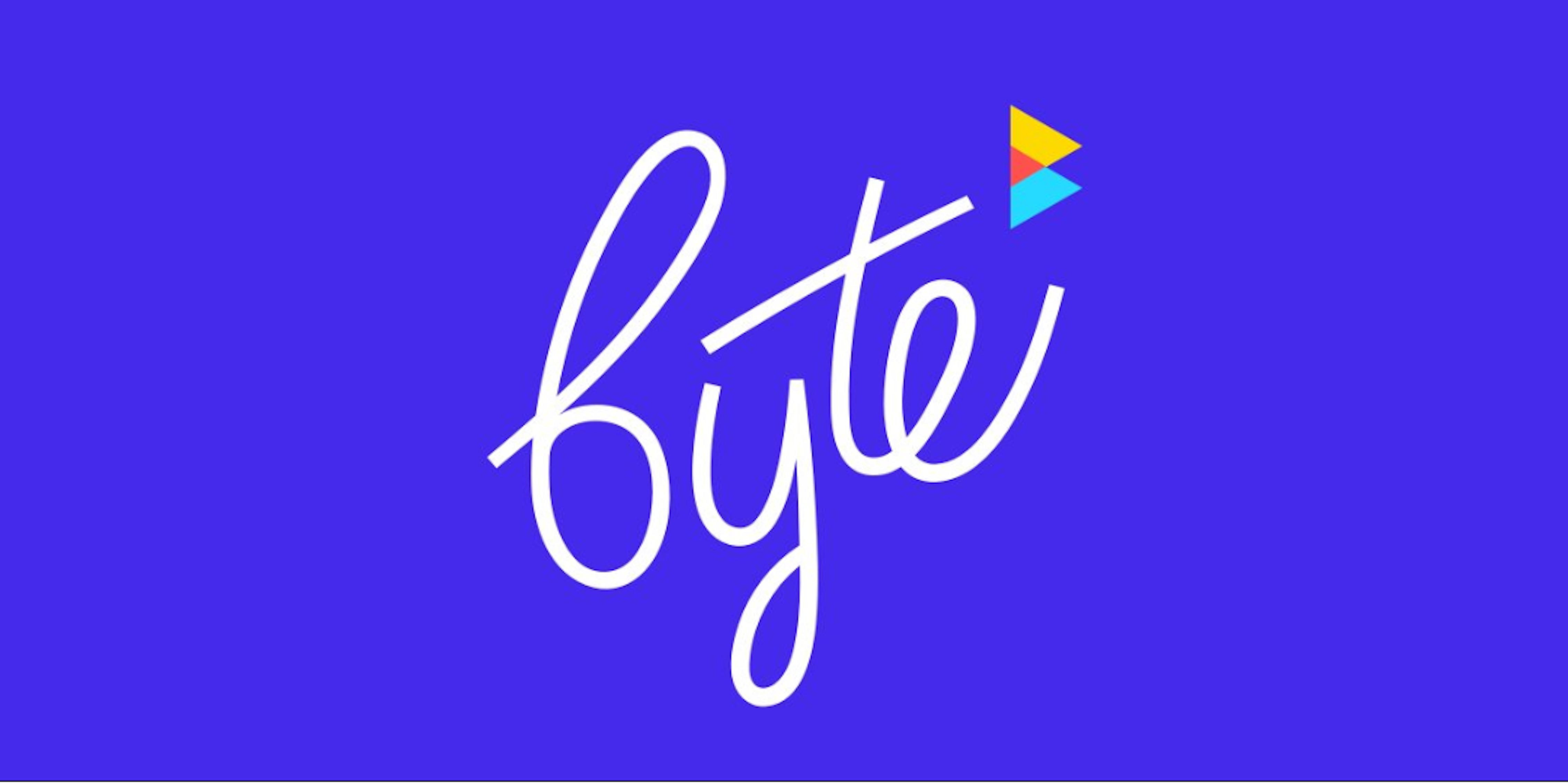 Vine is being resurrected as Byte

Vine is back, baby.

The past few weeks (years, really) have felt dismal. With multiple shootings, a stressful midterm election and the constant barrage of political news, we could all use a break. Luckily, life just a got a little sillier. A new version of Vine, called Byte, was officially announced today.

Developed by Dom Hofmann, who created Vine along with co-founders Rus Yusupov and Colin Kroll in 2012, Byte is launching in spring 2019. Byte is a “looping video app,” with a similar composition to Vine’s familiar six-second looping format.

The app was sorely missed after Twitter ended its short four-year run in 2016. There has been a Vine-sized hole in our lives since then, and imitators like Musical.ly and TikTok never managed to grasp what made Vine so beloved in the first place.

Hofmann first announced his intentions to work on a follow-up, called V2, in November 2017, but said earlier this year that development was indefinitely delayed. Apparently, the logistical and funding issues cited by Hofmann as the reason for the delay were resolved, giving us hope for a new—and likely improved—version of Vine early next year.

We don’t know much else about Byte just yet, but I’m sure there will be a seconds-long looped trailer coming soon.