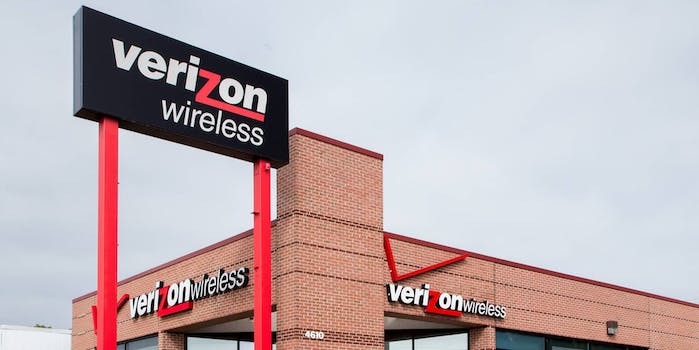 Find out if you should switch.

Verizon has jumped back on the bandwagon it once helped build by reintroducing unlimited data plans to its network.

Starting today, the carrier will offer “Verizon Unlimited,” a plan that costs $80 for individuals, or $45 each for four lines. The plan is available for both new and existing customers.

There is, of course, a caveat. Users will receive LTE speeds until they reach 22GB of data usage during a month, after which they will see reduced speeds so Verizon can “prioritize usage behind other customers in the event of network congestion.”

The largest U.S. carrier by subscriber base canceled its previous unlimited option back in 2011, following the lead of AT&T and T-Mobile. The company is again chasing the decisions of its competitors—all of which offer an unlimited plan in some form or another.

Verizon does have a leg up on AT&T. The second largest carrier only offers unlimited data to U-Verse or DirecTV video service customers. And unlike T-Mobile or Sprint’s plans, which limit video resolution to 480p, Verizon’s will allow for streaming videos in high definition.

But it will cost a bit more.

T-Mobile charges $70 for an individual plan and an additional $50 for a second line. Four lines cost $160, with additional users adding $20 each, up to eight users.

Sprint undercut the competition just last week by introducing a new five-line unlimited plan for $90 total. That price is only offered for one year, after which the first line will cost $60, the second will be an additional $40, and each subsequent line will cost $30.

So four lines cost $180 on Verizon, $160 on T-Mobile, and $160 on Sprint (after this year’s special). Additional lines cost $10 more on Sprint, so its price will quickly catch up to the others. T-Mobile will always be $20 cheaper than Verizon, but it offers two fewer lines.

Correction: The initial version of this article miscalculated the cost of Verizon’s four-line plan. It is $180. We regret the error.