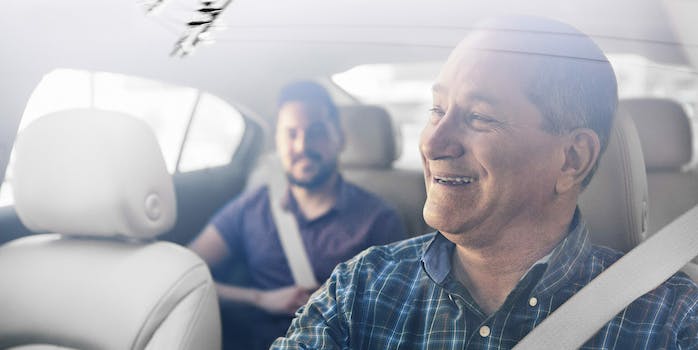 Here’s how Uber and Lyft psychologically manipulate their drivers

This is how Uber entices drivers to work longer hours.

Ride-hailing companies such as Uber and Lyft rely on drivers to make their systems work. Those drivers are independent contractors, able to decide where they drive, who they pick up, and how long of a shift they drive for. Thanks to some clever behavioral science, however, these companies have been able to manipulate their drivers into doing their bidding.

According to a report by the New York Times, Uber uses a mix of non-monetary rewards, video game strategies, and app graphics to push its drivers to work longer hours and venture into less busy neighborhoods.

The allure of a bigger paycheck is one such tactic Uber successfully employs. To keep drivers on the road longer, for example, the Uber driver app will show drivers their next potential pickup opportunity before a current ride is over. If you think about it, this is similar to Netflix and how its format encourages binge watching—except in this case, it’s binge driving.

Uber will also alert drivers if they’re close to an earnings target. For example, the app would notify new drivers when they were halfway to their first 25 rides, which earns them a signing bonus. And in 2013, Lyft, which let drivers sign up for shifts, tried an experiment: It showed some drivers how much more they could make by switching from a less popular time to a high-demand time like a Friday evening. It showed another set of drivers how much money they could lose by sticking to their current ride schedule. The second tactic (which follows a concept called loss aversion) pushed more drivers to work during peak hours.

At Uber, local managers in charge of dispatching drivers to various locations also discovered something curious: As the majority of drivers are male, they were more likely to be enticed to a new driving area if a female persona did the bidding.

“‘Laura’ would tell drivers: ‘Hey, the concert’s about to let out. You should head over there,’” former Dallas-based Uber office manager John P. Parker told the Times.

None of this amounts to driver exploitation, in ride-hailing companies’ eyes. It’s all just meant to drum up drivers’ internal motivation. And in the end, many of these tactics (such as showing a driver a fare opportunity before a current ride is over) also benefit passengers, who don’t have to wait as long for a pick up.