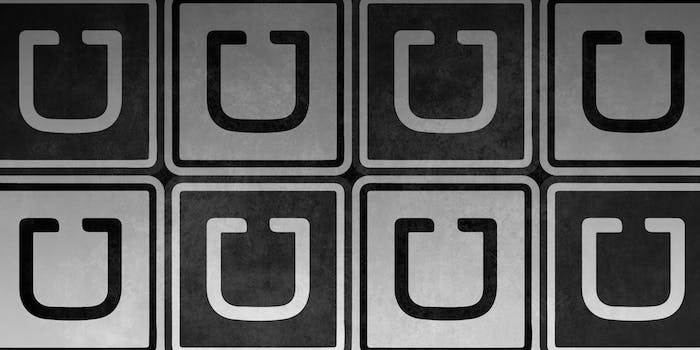 Will this help Uber regain its footing?

As Uber fends off bad-PR story after bad-PR story, the ride-sharing company on Thursday morning took the unprecedented step of revealing a detailed trove of data about its drivers. Among the details provided are information on driver demographics, why drivers chose to work with the company, and a better idea of how much they earn while driving.

Drivers across all Uber platforms earn an average of $19 per hour, which represents a roughly $6-per-hour advantage over traditional taxi and chauffeur hourly wages, though these statistics do not incorporate the costs of turning one’s car into a taxi. In addition to financial statistics, the company also released information on the average age, sex, and former occupations of its drivers. Only 14 percent of Uber drivers are women, according to the report. However, this number is still greater than the industry average, and it far exceeds the one percent of New York City taxi drivers who are women. The data originates from a survey of 601 drivers conducted by the Benenson Strategy Group, which Uber combined with internal, anonymized company data. Uber has also released an analysis based on these data sets, co-authored by Princeton economist Alan Krueger, that seeks to ground the company’s employment statistics in the context of shifting attitudes about the nature of work in the modern economy. “This paper does not purport to have all the answers,” the report’s introduction says, “but it represents a first step toward understanding the nature of work in the sharing economy by providing new evidence on hours of work, income, and the motivations and backgrounds of participants in an important segment of the sharing economy.”

Uber drivers come from a variety of backgrounds, the survey notes. Nearly half of them have driven for a living at some point in their lives, but the other half were previously employed in other industries, including business, hospitality, manufacturing and health care.

Whatever the previous occupation of the driver, however, most chose to work for Uber because of the flexibility in working hours and the ability to “smooth out” inconsistency in their earnings.

When asked to list the major reasons why they worked for Uber, 76 percent of drivers chose “earning more income to better support myself or my family,” 51 percent said “maintaining a steady income because your other sources of income are unstable or unpredictable,” and 63 percent said having “more flexibility in my schedule and balance work with my life and family.” Since the 2012 launch of UberX, many have questioned whether the enormous growth of the service is a result of desperation on the part of those who cannot find other work or genuine desire to work for the ride-sharing company. The survey and analysis also come on the heels of Uber’s recent decision to cut prices, a move that was unpopular with its drivers. The debate generated by these issues has proven divisive, but Uber’s new report takes pains to assure readers of its drivers’ contentment.

“Most driver-partners do not turn to Uber out of desperation or because they face an absence of other opportunities in the job market,” it says. “Only eight percent were unemployed just before they started working with the Uber platform – but rather because the nature of the work, the flexibility, and the compensation appeals to them.”

The timing of the release is raising as many questions as Uber’s practices themselves. David Plouffe, the former Obama senior adviser who is now Uber’s senior vice president of policy and strategy, is preparing to speak at the United States Conference of Mayors.

Plouffe told BuzzFeed that the release of driver information had little to do with the event, but added that he would use Krueger’s analysis to help persuade the gathered mayors that their cities stood to benefit from Uber’s continued expansion.