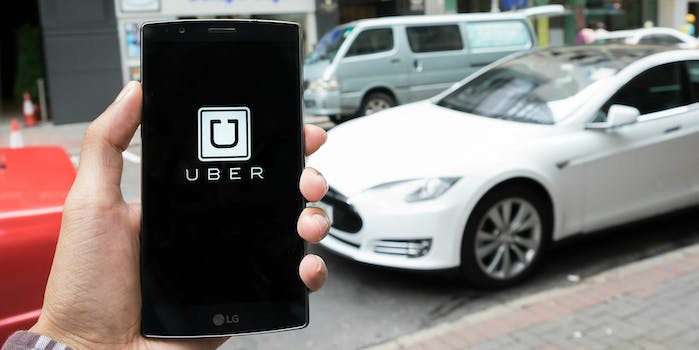 The company would collect a rider's location—even after they left the car.

2017 hasn’t been a good year for Uber. From ongoing sexual harassment accusations to concerns over users’ privacy, the rideshare platform can’t seem to keep itself out of the public spotlight. Case in point: Uber is now making headlines for finally dumping a controversial tracking feature nearly a year after introducing it to passengers.

Uber’s post-ride location tracking, implemented in late November 2016 to widespread criticism, collected users’ locations once their ride request begins, and reportedly up to five minutes after their ride ends. In the app’s pop-up notification for post-ride location tracking, Uber says the tracking system is intended “to improve pickups, drop-offs, customer service, and to enhance safety.” But from the start, privacy concerns were pretty clear: Uber would know where you were, and where you were going, five minutes after you hopped out of a driver’s car.

Uber did give users the opportunity to turn off the feature, of course. But there were some consequences involved. Users would have to input their address manually, making pickups much less efficient and significantly limiting the app’s abilities. This hassle essentially gave users incentive to surrender their privacy in order to properly use Uber.

Uber’s decision to remove post-ride location tracking comes two weeks after the company settled a complaint with the Federal Trade Commission over employees’ access to users’ personal information. The feature will be stripped from iPhone users’ app during this week, with the Android version of the app soon following.

The move appears to mirror the FTC’s own concerns with Uber’s relationship with customers, warning that the company was not properly monitoring employees’ “access to personal information” on both users and drivers.

“Uber failed consumers in two key ways: First by misrepresenting the extent to which it monitored its employees’ access to personal information about users and drivers, and second by misrepresenting that it took reasonable steps to secure that data,” FTC acting chairman Maureen K. Ohlhausen said in an official press release.

Moving forward, Uber will begin conducting an audit every two years over the next 20 years to make sure the company meets FTC requirements.

“The case shows that, even if you’re a fast growing company, you can’t leave consumers behind—you must honor your privacy and security promises,” Ohlhausen explained.

Major changes are expected at Uber in coming months, too. Expedia CEO Dara Khosrowshahi is slated to serve as the company’s new CEO after the company’s tumultuous year.