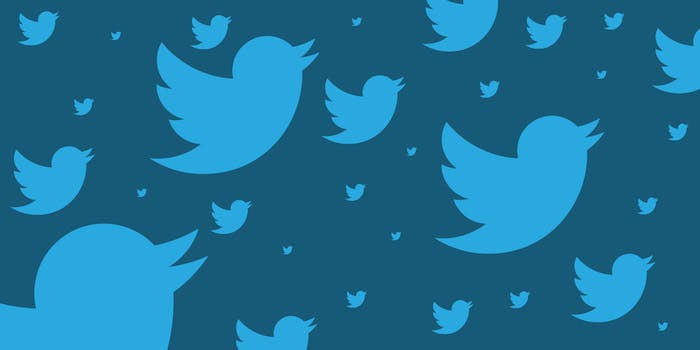 Twitter is testing another new notification, this time for your most fav’d or retweeted posts.

Twitter is testing another new notification feature, this time for iOS. Some users are seeing new notifications for “Significant Engagement” pop up when they make an especially popular tweet.

“This is a new feature that is currently available to verified users,” a Twitter spokesperson told the Daily Dot. It’s unclear how widely this test feature will roll out, or whether Twitter has plans to test it in Android, but for now it’s limited to those lucky few with the blue checkmark.

Users who have this feature have it turned on automatically, although they can turn it off by going to the settings section and swiping the Significant Engagement toggle off. When it’s turned on, a pop-up notification appears whenever a tweet gets an unusual number of favorites or RTs.

is this a thing now pic.twitter.com/wlHxTyZeZ7

The Next Web’s staff has members with the new notification, and started receiving alerts this week. 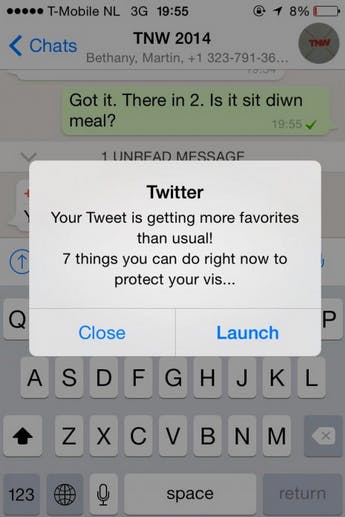 Screenshot courtesy of The Next Web

As TNW pointed out, the Signification Engagement notification functions similarly to Achievement Bird, the experimental Twitter account that sends users direct messages when they have tweets with notably high engagement. The new feature works independently of Achievement Bird, so even users who don’t follow the account will receive the pop-up notification.

Twitter has been increasing the amount of notifications it sends to mobile users, which can be overwhelming, and this new feature may add to the noise. Since you can turn it off, people who get frazzled by constant notifications do have an out, and it may appeal to social media managers and Twitter power users eager to keep track of which tweets are performing better than others.