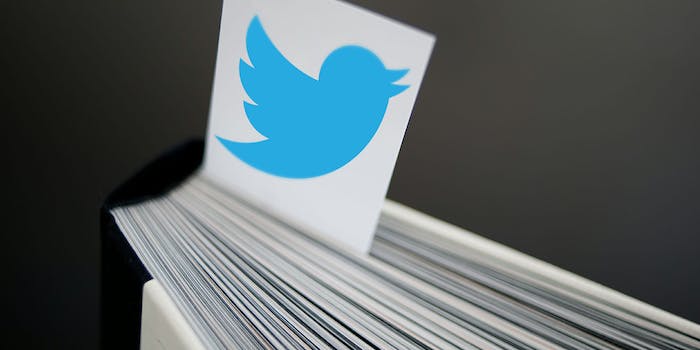 No word yet on release date.

Want to reference a tweet you saw days ago, but can’t seem to find it? Twitter is making a “bookmark” tool that’ll let you save posts for later.

BuzzFeed News discovered a tweet on Monday posted by Twitter Head of Marketing Keith Coleman who asked for feedback on the upcoming feature.

The tool will finally let users store tweets without having to “like” the awful stuff people write in them. It’ll also let users pull out the tweets they want to return to from the mass of posts they’ve liked. All of the bookmarked tweets will be stored in a dedicated part of the app.

Here’s an early prototype of the feature.

Twitter product manager Jesar Shah said stored tweets will be private, unlike “liked” tweets which appear publicly on your profile. This means your saved tweets probably won’t be visible to people visiting your profile or even those who tweeted them.

Anyone who follows a large group of people on Twitter knows how easy it is to lose a tweet when their timeline refreshes. The save-for-later tool could be useful for interesting articles that you don’t have time to read, or storing dank memes for future reference. With Twitter slowly expanding tweets to 280 characters and creating a tweetstorm feature, it could be helpful to have a place to put posts that contain lots of information.

Twitter hasn’t announced a release date for the upcoming feature, but you should expect updates in the coming weeks.