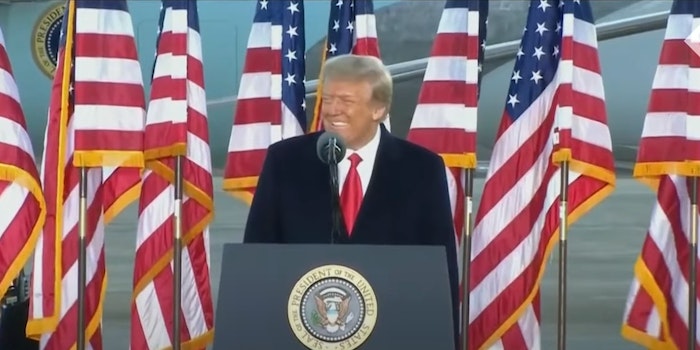 'I'm going to make the sound of Ivanka sobbing my ringtone.'

In his final hours in office, President Donald Trump threw himself one last party, albeit an uncharacteristically solemn one. His grown children wept as Trump delivered his farewell address at Joint Base Andrews.