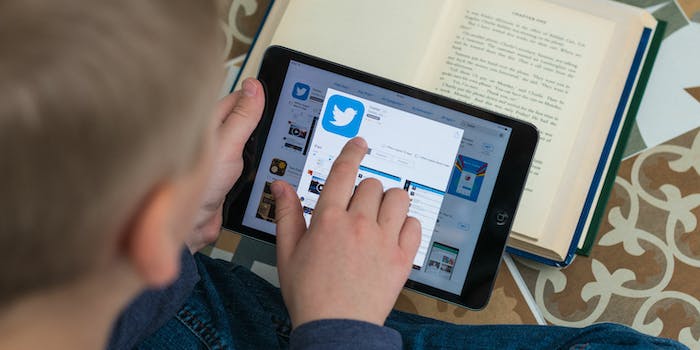 It's reportedly looking for a more permanent solution.

If you signed up for a Twitter account before you turned 13, then you may soon lose access to the platform, even if you’re now an adult.

To comply with the E.U.’s new General Data Protection Regulation (GDPR) privacy law, Twitter started suspending accounts on May 25 for users who were under the minimum required age when they first registered.

“I received a message saying my account was now locked, and would require parental consent in order to process my data, or my account will be deleted,” a 20-year-old user, who had signed up for an account with a fake age before later changing it to the actual one, told the Guardian.

Twitter did not respond to the Guardian’s request for comment, but a source at the company confirmed it was retroactively blocking users since it has no way of filtering content created by users who were under 13 when they joined. The drastic measures appear to be a response to the GDPR, which lays down strict rules against children operating a social media account.

The only way for users to continue using the service, at least at the moment, is to make a new account or receive parental consent for Twitter to process their data. However, it appears Twitter is working on a different solution, and some users were able to get their accounts reinstated after sending in an ID, according to a Reddit post.

The GDPR has sent other tech companies, especially social media platforms, scrambling to make the changes required to comply with the new rules. Facebook is launching a new control center, a host of U.S.-based newspapers fled the region, and everyone is email spamming new terms of service.

When it comes to age restrictions, the GDPR reinforces the previous age mandate of 13. Users suspected of being younger will lose access to their accounts permanently. As the Guardian points out, Twitter appears to be the only social media network enforcing this rule—for now.