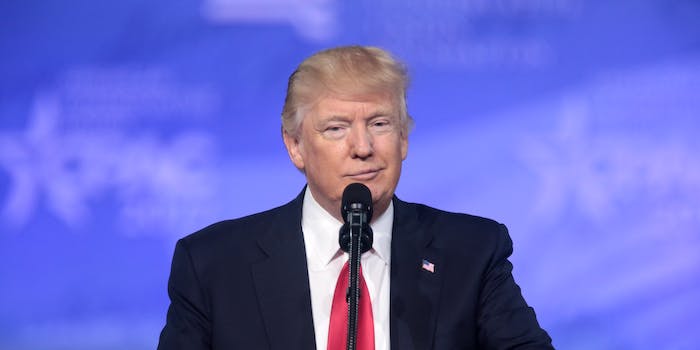 Rep. Thompson alleges their conspiracy led to the Capitol riots.

The KKK Act was passed a few years after the Civil War. It prohibits conspiracies to prevent members of Congress from performing their duties.

The lawsuit alleges that Trump, Giuliani, the Proud Boys, and the Oath Keepers conspired to inhibit Congress from certifying the election on Jan. 6, culminating in the Capitol riot that left five dead, hundreds injured, and terrorized downtown D.C.. The suit seeks compensatory and punitive damages.

Trump has already been named in a separate suit accusing him and the Republican National Committee of violating the KKK Act by inciting the Capitol riot and thus depriving Black voters of their rights. That suit was filed by the NAACP Legal Defense and Education Fund.

More than 200 people, including members of the Proud Boys and Oath Keepers, have been charged with crimes associated with the Capitol riots. It’s anticipated that more criminal cases are coming. Many also expect additional civil suits by those injured.

Trump and Giuliani spoke to the crowd prior to the assault. During it, Trump tweeted to the rioters, “We love you.”

“In doing so, the Defendants each intended to prevent, and ultimately delayed, members of Congress from discharging their duty commanded by the United States Constitution to approve the results of the Electoral College in order to elect the next President and Vice President of the United States,” the suit alleges.

Thompson’s case claims that, while not all were present in the Capitol during the insurrection, their actions directly led to the violence that saw a seat of national power overrun for the first time in more than two centuries, inhibiting him from executing his congressional duties. He alleges that Trump knew of the threat of violence, and encouraged it for months, including when he infamously told the Proud Boys to “stand back and stand by” during a presidential debate.

“While the majority of Republicans in the Senate abdicated their responsibility to hold the President accountable, we must hold him accountable for the insurrection that he so blatantly planned,” Thompson said in a statement, the Washington Post reports.

Proud Boys leader Enrique Tarrio told the Post that the lawsuit is “frivolous.”

While he conceded that some of his “brothers” were there, Tarrio said “there was no plan to go into the Capitol.”

“Unfortunately, one of my guys broke a window,” he reportedly added. “Others trespassed. But there was no plan to even interrupt Congress.”