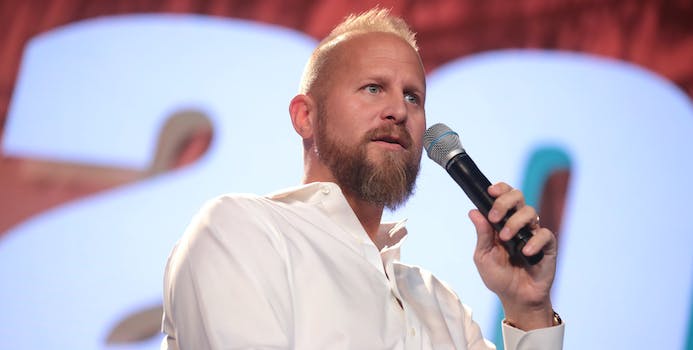 Could Trump have really fired his campaign manager for dating Hope Hicks?

There's no proof, but the accusations are flying online.

And given that America is mired in a catastrophic pandemic and a disastrous economic collapse, it’s not surprising.

So it shouldn’t be all that wild that Trump might shake up his campaign, which he did yesterday.

Out is 2016 whiz Brad Parscale, who may have used a trove of illicit Facebook data to push Trump into office. In is Bill Stepien. Trump announced the move on Twitter.

“I am pleased to announce that Bill Stepien has been promoted to the role of Trump Campaign Manager. Brad Parscale, who has been with me for a very long time and has led our tremendous digital and data strategies, will remain in that role, while being a Senior Advisor to the… …campaign. Both were heavily involved in our historic 2016 win, and I look forward to having a big and very important second win together,” he wrote.

There have been public reports of feuding between the two, news that Parscale was using the campaign to push himself, and the president’s disastrous Oklahoma rally, which was spearheaded by Parscale.

So why is a former White House staffer, Hope Hicks, trending on Twitter?

Well for that, you have the founder of the anti-Trump Project Lincoln to blame, for pushing an unverified rumor that doesn’t seem to add up.

After tweeting a “blind item” about the administration, an anonymous account replied to Wilson, saying “Parscale and Hicks spotted canoodling at Comet Pizza. On-lookers witnessed a ‘more than friends’ vibe.”

Wilson retweeted it, saying “only in D.C.” to his 1.1 million followers despite the account calling it a joke.

After all, Comet Pizza is the alleged home of Democratic sex trafficking crimes (from the ludicrous Pizzgate conspiracy), and other than this one joke tweet, there isn’t any other proof the two were spotted together.

But when Parscale was demoted, that suddenly sent off a firestorm of tweets accusing her of sleeping with Parscale (a married man) and of Trump firing him in a fit of … jealousy?

A Twitter search reveals no other references to Parscale and Hicks at Comet Pizza outside of @NYinLA2121‘s one tweet that kicked it off.

Although it’s unlikely to be true, that one simple tweet can kick-off thousands of tweets smearing someone.