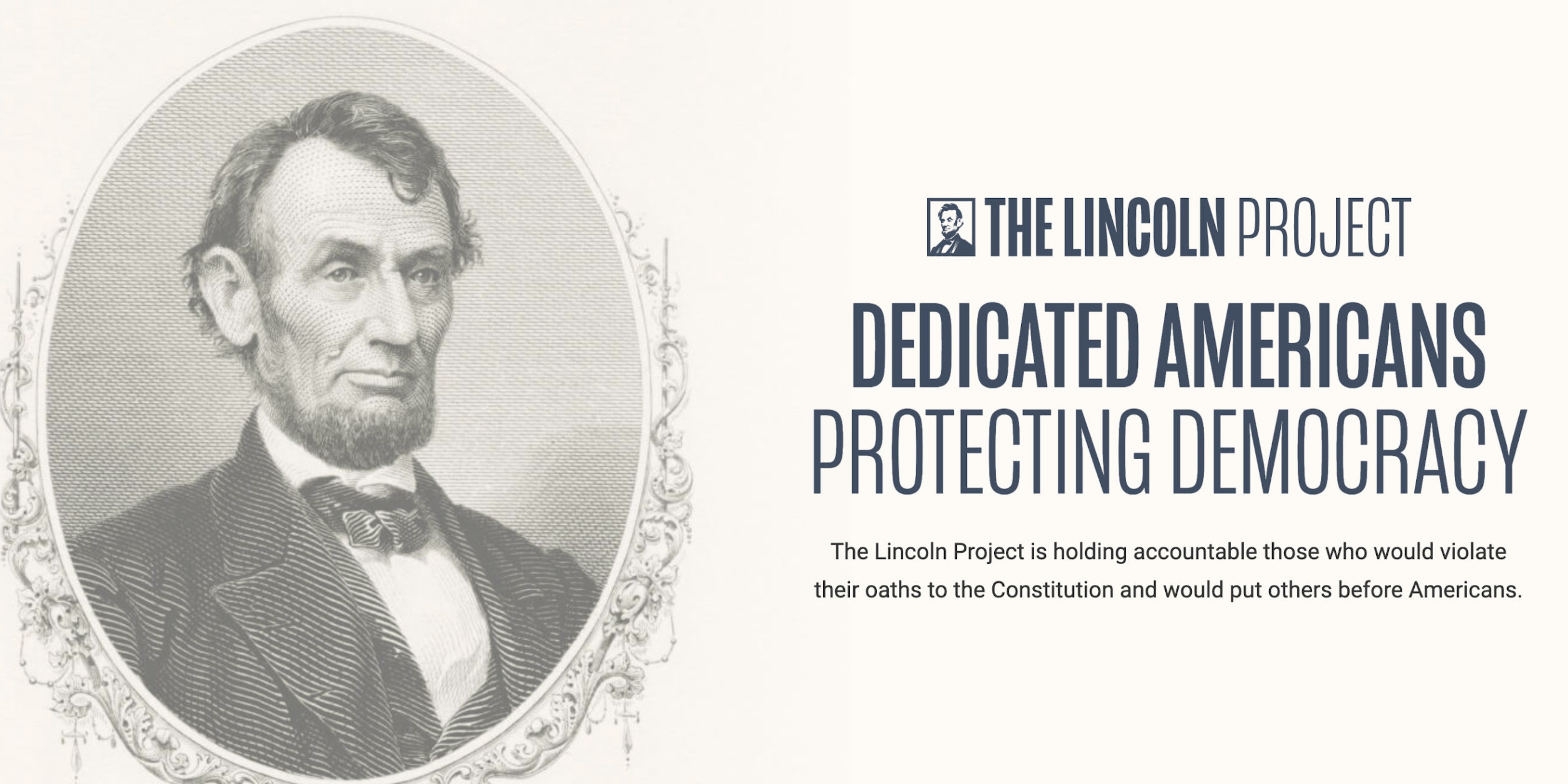 If you’ve been online at any point in the past two months, you’ve no doubt seen breathless praise for the Lincoln Project and its ads.

They’ve been touted as “devastating” and “brutal” and the group—several Republicans who have turned against President Donald Trump—has been hailed as a game-changer in the 2020 election.

But Republican is the key word there that many are missing. Although the group is ostensibly working to help elect Democratic nominee Joe Biden, it doesn’t have many stances that align with the left.

And as the Black Lives Matter movement swells in size and strength in the wake of the police killing of George Floyd, it’s important to take a second to remember that these may not be the allies Democrats want to cheer on.

One of the most vocal members of the Lincoln Project, Rick Wilson, was spotted on Instagram boating with a Confederate flag cooler years ago, a post which he subsequently deleted.

But feel free to do a Twitter search for George Zimmerman, the man who shot Trayvon Martin, and you’ll see Wilson seems to fall on the side of Martin’s killer.

At one point, Wilson tagged Twitter Safety over a “bounty” put on Zimmerman by the “Illuminati.”

His only ever tweet about Black Lives Matter was a Hillary Clinton joke.

Then there’s Ben Howe, who was recently praised in Vanity Fair as the superstar guru behind the Lincoln Project viral ads.

After Darren Wilson, an officer in Ferguson, Missouri, shot Michael Brown, Howe repeatedly tweeted how he would have gladly shot Brown himself, according to Talking Points Memo.

“Give me a gun. Put me in Darren Wilson’s shoes. I’d have shot Mike Brown right in the face,” wrote Howe, who is now the man Democrats are praising for making 30-second anti-Trump ads.

Wilson himself also had a number of pro-Wilson tweets, as well as posts criticizing Brown’s father.

So before you share one of their ads they put out, remember what their politics really are.