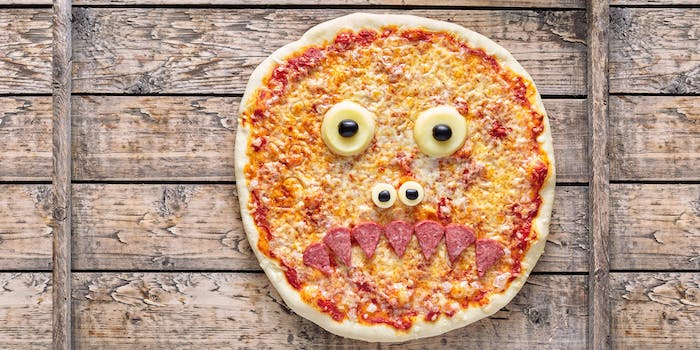 Pizzagate is dumb, but calling it ‘fake’ is a mistake.

Pizzagate is, according to all available evidence, an imaginary scandal believed only by skeptical idiots. But calling it “fake news” is only making the problem worse.

Pizzagate rocketed into the mainstream media this week after a 28-year-old North Carolina man burst into the Comet Ping Pong pizza restaurant in Washington, D.C., on Sunday armed with an assault-style rifle and fired at least one shot. The man, Edgar Welch, reportedly told police he was “self-investigating” the Pizzagate theory.

Largely ignored by established media outlets like the Washington Post and CNN until this week, Pizzagate believers contend that Comet Ping Pong is the hub of a child-sex ring that reaches its slimy tentacles into the belly of the Democratic party’s elite, including Hillary Clinton and her former campaign chairman, John Podesta. As BuzzFeed News reports, the unsubstantiated Pizzagate speculation started with a few tweets and festered into a full-blown community that spans the likes of 4chan, Voat, and Reddit, the latter of which eventually banned the r/Pizzagate community for violating site rules against doxing.

While a gunman storming a pizza restaurant based on something he likely read on an internet forum is big news, Pizzagate itself is not even worth explaining or fact-checking. The entire theory is based on “coincidences” and invented lists of codewords speculators use to give nefarious meaning to decontextualized emails and photographs that they don’t otherwise understand. Explain away Pizzagate all you like—and publications have done so again and again and again—but doing so only emboldens its adherents and further entrenches the narrative.

Belief in any unsubstantiated theory—including big ones, like those surrounding the JFK assassination, 9/11, or birtherism—“maxes out at 25 percent” of the population, Dr. Joseph E. Uscinski, a political scientist at the University of Miami and co-author of American Conspiracy Theories, told the Daily Dot in a phone interview. But Uscinski says it’s a mistake for media outlets to call Pizzagate and similar theories “false” or “fake”—Uscinski prefers “unsubstantiated”—because it’s essentially impossible to disprove theories that are already based on zero concrete evidence, no matter how many debunkers the media produces.

In this context, Michael Flynn Jr.—son of retired Army Lt. Gen. Michael Flynn, national security adviser to President-elect Donald Trump—is correct when he controversially tweeted that Pizzagate will “remain a story” until it’s proven false. (Of course, it will also remain a story because Flynn is tweeting about it.) Thing is, Pizzagate cannot be proven false, just as the existence of aliens and ghosts and God will be questioned for eternity.

The rise of Pizzagate and the fury over “fake news” comes amid plummeting trust in the media overall, particularly as Trump, who served as chief perpetrator of the birther movement, regularly disparages the mainstream media (which failed to predict his Electoral College victory) as a pack of “liars.” While Uscinski says increased media coverage of Pizzagate likely “won’t spread [belief in] it” further, he does believe the environment is ripe for people to be skeptical of mainstream reports discrediting the “conspiracy theory”—a term that, incidentally, is believed to have originated with the CIA, which is why some people interpret its use as evidence that the theory is true, not false.

Even the term “fake news” itself has no coherent meaning, which makes dubbing Pizzagate as such all the more useless. For right-wing media, which seems to have borne the brunt of the current war against “fake news,” it can mean honest news reports that got the facts wrong, like, ironically, the Washington Post’s recent report about fake news from Russia based heavily on dubious anonymous sources. Other times, “fake news” is exactly that—made-up stories masquerading as fact on websites pretending to be legitimate news outlets. In the case of Pizzagate, it’s not news at all, fake or otherwise; it’s just illogical speculation that got a bunch of people lathered up—enough that one of them thought it’d be a good idea to take an AR-15 to a pizza restaurant.

Pizzagate cannot be proven false, just as the existence of aliens and ghosts and God will be questioned for eternity.

Few people know the knotty troubles surrounding fake news more than Melissa Zimdars, a communications and media professor at Merrimack College in Massachusetts, who famously created a list of “fake news” sites, which she later removed because of harassment and threats. Zimdars says Pizzagate and similar group-think speculation is a special kind of imaginary beast.

“Reporting on conspiracy theories, even to debunk them or prove them false, can provide them with a twisted kind of legitimacy while engendering claims that ‘The Media’ is complicit in those very conspiracies,” Zimdars told the Daily Dot in an email. “But if media entities don’t report on conspiracy theories, their silence can also be interpreted as a coverup leading to similar claims.

If that’s the case, perhaps the best thing for all of us is to just grab a slice, sit back, and forget this whole thing ever happened.