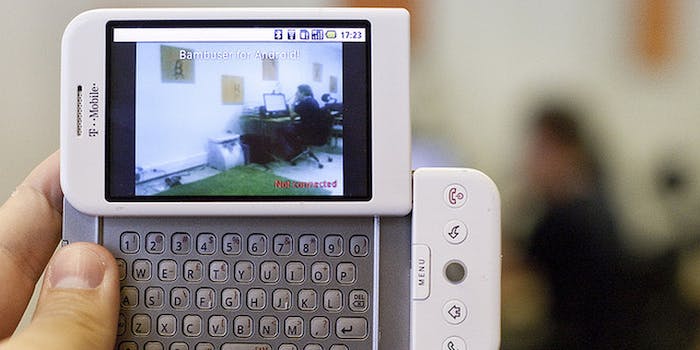 T-Mobile is the first carrier to let you unlock your phone more easily.

Last week, President Obama signed into law a phone unlocking bill, which makes it legal to unlock your phone without the consent of your carrier. T-Mobile is the first carrier to come forward and let you unlock your phone more easily.

T-Mobile has been positioning itself as the cool and hip brand—the “un-carrier.” The contractless carrier just released a new phone, the Samsung Galaxy Avant, preloaded with its Device Unlock app. Right now, the decidedly mid-range phone is the only one to have this feature.

But it’s not that revolutionary: Being able to unlock a fully paid off phone via an app rather than calling customer care only makes the process easier, not better. It seems this has very little to do with the new bill. The Galaxy Avant will run customers $216, or $9 a month for 24 months. Even if you purchase the phone for the full $216, the T-Mobile policy of requiring the phone be on the carrier’s network for a minimum of 40 days has not changed. So before you try to unlock your Galaxy Avant, make sure it’s ten days past your first bill cycle.

For now, the app only works with the Galaxy Avant. Android Central did manage to load the app on other devices, but it wasn’t able to unlock those devices.