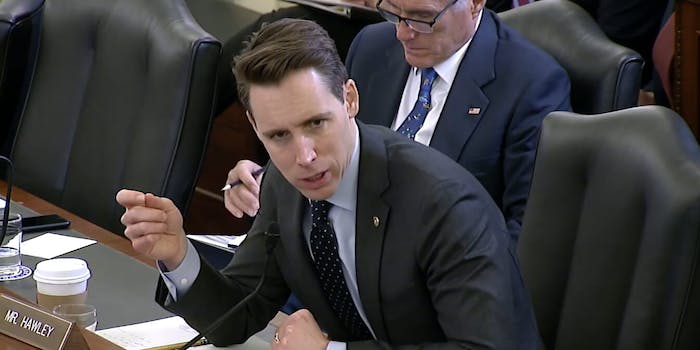 Two Republican lawmakers on Thursday introduced a bill that would bar government employees from downloading the popular app TikTok on phones issued to them.

Sen. Josh Hawley (R-Mo.) and Sen. Rick Scott (R-Fla.) introduced the No TikTok On Government Devices Act on Thursday. The bill would ban federal employees from using TikTok on government-issued phones and devices.

Their bill comes as several government agencies have already stopped their employees from doing so, including: the Transportation Security Administration (TSA), the United States Army, and the United States Navy.

Concerns have been raised for months about TikTok’s handling of U.S. citizen’s data given that is owned by a company based in China. TikTok has pushed back at those concerns, saying that it stores U.S. user data within the U.S.

Hawley raised similar alarms when announcing the bill in a statement on Thursday, calling the app a “major security risk.”

“TikTok is owned by a Chinese company that includes Chinese Communist Party members on its board, and it is required by law to share user data with Beijing. The company even admitted it collects user data while their app is running in the background including the messages people send, pictures they share, their keystrokes and location data, you name it,” Hawley said in a statement. “As many of our federal agencies have already recognized, TikTok is a major security risk to the United States, and it has no place on government devices.”

Scott added in the statement that the app was a “risk to our networks and a threat to our national security.”