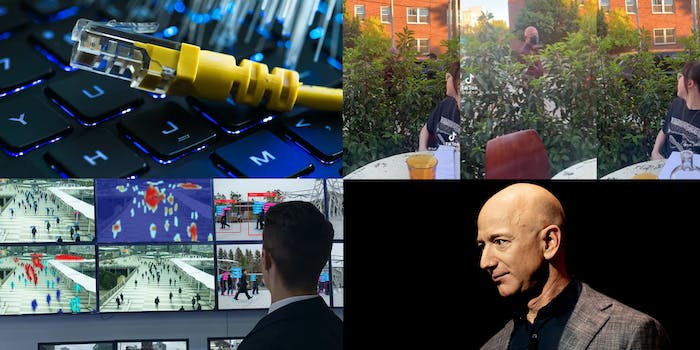 Republicans in Ohio are on the verge of banning municipal broadband networks in the state as part of a budget plan.

The move, which was an amendment added to the Ohio Senate budget proposal, is being harshly criticized and comes at a time when municipal broadband is getting attention and support at the national level in some bills in Congress and President Joe Biden’s infrastructure proposal.

The amendment, according to Cleveland.com, would impact 30 municipal broadband programs already existing in the state. Specifically, it would not allow them to operate if a private internet service provider (ISP) already operates in the area.

Government-owned networks would be allowed to provide broadband service if an area is “unserved,” under the amendment, which it defines as areas without 10 Mbps download speeds and 1 Mbps upload speeds. Those speeds fall well behind the 25/3 Mbps minimum speeds defined by the Federal Communications Commission (FCC), which already is considered too slow by numerous lawmakers and advocates.

Currently, 18 states have laws that either outright restrict or create “bureaucratic obstacles” that make it “functionally infeasible” to create municipal broadband efforts, according to BroadbandNow.

What’s better than unlimited music streaming? 4 months of it for free

Nothing beats free. It just hits different. And for a limited time, Amazon Music Unlimited is letting you try out its on-demand music service for four whole months before you pay a single cent.

Whether you’re ready to blast the song of the summer or chill out to classic tunes, Amazon Music Unlimited is one of the best ways to put jams into your ears, online or off. Did I mention that it’s FREE?!

‘Hey Jeff, do you feel bad when your Amazon workers die in the warehouse?’: TikTokers bully Jeff Bezos

Amazon CEO Jeff Bezos was heckled by a group of TikTokers in footage that has spread across social media.

The video shows the billionaire walking on the street before being questioned by a group of people sitting nearby.

“Hey Jeff, do you feel bad when your Amazon workers die in the warehouse?” the person behind the camera asks.

Bezos briefly makes eye contact with the group before stepping into a vehicle. While attempting to leave, another member of the group heckles the billionaire further.

The video, according to the original uploader @bat_rat_im_all_that, was widely viewed before being removed for allegedly violating TikTok’s policies on bullying.

A second version of the video was uploaded shortly after, in which the TikTok user defended their remarks.

“Hoping this is starting a movement to see more billionaires getting heckled,” the user said.

But the second video was removed as well, although it remains unclear if TikTok was to blame. The Daily Dot reached out to the TikTok user to inquire about the video but did not receive a reply by press time.

Democrats reintroduce bill to ban government use of facial recognition

A group of Democratic lawmakers in both chambers of Congress reintroduced legislation that would ban the use facial recognition technology by the federal government.

The bill, called the Facial Recognition and Biometric Technology Moratorium Act, was first introduced last summer. It would put into effect a moratorium on the use of facial recognition technology by the federal government that could only be lifted by an act of Congress.

Facial recognition, particularly its use by the government and police, has faced immense criticism over the last few years. The technology has been shown to have a racial bias, and calls for a ban on the use of it by law enforcement have grown since last summer amid Black Lives Matter protests against police brutality and racism.

“We do not have to forgo privacy and justice for safety,” Sen. Ed Markey (D-Mass.), a lead sponsor of the bill, said in a statement. “This legislation is about rooting out systemic racism and stopping invasive technologies from becoming irreversibly embedded in our society. We simply cannot ignore the technologies that perpetuate injustice, and that means that law enforcement should not be using facial recognition tools today.”

While movement on federal legislation has been slow-moving, numerous cities and counties across the country have taken action. Earlier this month, King County in Washington became the first county in the country to ban government use of the technology. That ban followed several others in cities like San Francisco, Oakland, Boston, and Minneapolis.