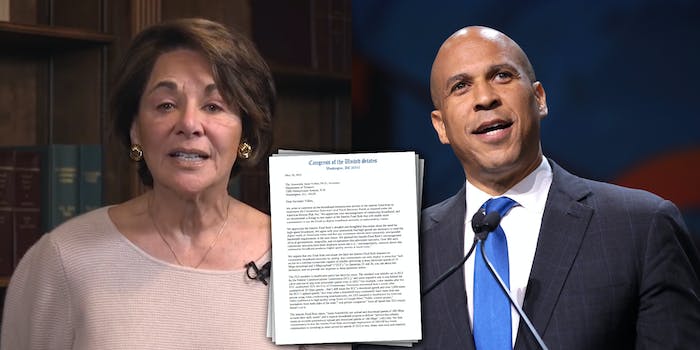 A group of lawmakers is urging the Treasury Department to update its interim rules for who is eligible to receive money allocated for broadband as part of the government’s coronavirus stimulus plan.

The pressure from the group of lawmakers comes shortly after Sen. Ron Wyden (D-Ore.) asked for a change in the rules earlier this week.

The Treasury Department will dole out funds from the American Rescue Plan, which directed it to disperse the money to states, territories, and tribes to cover broadband infrastructure. But eligibility is very limited, critics say.

Interim rules define unserved or underserved areas as those that don’t have access to internet speeds of 25 Megabytes per second (Mbps) for downloading and 3 Mbps for uploading. The interim rules state that communities can only invest in areas served by that speed or less.

Earlier this week, Wyden urged the department to change the rules to allow funding to go to any community that has symmetrical service below 100 Mbps.

That sentiment was shared by the group of lawmakers, who in a letter on Thursday said they did not believe there should be a speed threshold for determining where states and cities can invest the money, but “if Treasury sets any threshold, it should be set to the higher standard of 100/100.”

The change, the lawmakers say, would allow for more municipalities to use the money to invest in broadband infrastructure projects as the interim rules intend: With “flexibility” for the U.S.’ varied states and territories to closely design specific local internet needs.

“This one change of removing the 25/3 limitation on broadband projects will enable many more communities to use the Coronavirus State and Local Fiscal Recovery Funds to expand access to high-speed broadband, should they so decide,” the letter reads.

The calls from lawmakers come on the heels of a long push to raise the minimum standard for broadband in the country. Since 2015, the Federal Communications Commission (FCC) has defined that minimum standard as 25/3 Mbps.