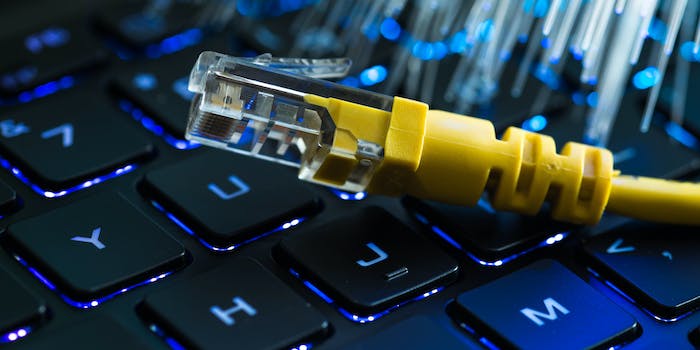 The amendment is being criticized.

Republicans in Ohio are on the verge of banning municipal broadband networks in the state as part of a budget plan, according to reports.

The move, which was an amendment added to the Ohio Senate budget proposal, is being harshly criticized. It comes at a time when municipal broadband is getting attention and support at the national level in some bills in Congress and President Joe Biden’s infrastructure proposal.

The amendment, according to Cleveland.com, would impact 30 municipal broadband programs already existing in the state. Specifically, it would not allow them to operate if a private internet service provider (ISP) already operates in the area.

Government-owned networks would be allowed to provide broadband service if an areas is “unserved,” under the amendment, which it defines as areas without 10 Mbps download speeds and 1 Mbps upload speeds. Those speeds fall well behind the 25/3 Mbps minimum speeds defined by the Federal Communications Commission (FCC), which already is considered too slow by numerous lawmakers and advocates.

Currently, 18 states have laws that either outright restrict or create “bureaucratic obstacles” that make it “functionally infeasible” to create municipal broadband efforts, according to BroadbandNow.

Bill Roth, mayor of Fairlawn, Ohio, which has a municipal broadband program, told Cleveland.com that the amendment would make it so that the state had “three or four private, monopolistic internet broadband companies that will be dictating the technology future of the state of Ohio.”