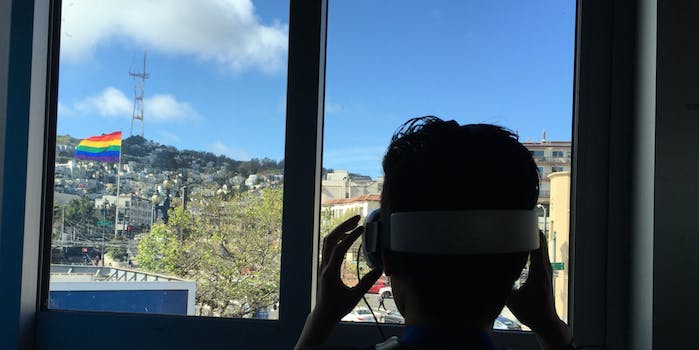 At Lesbians Who Tech, Silicon Valley is here and it’s queer

Queer women in tech face unique challenges. A lot of them.

Lesbians are the unsung heroes of the tech industry. For every brogrammer (or perhaps every 20 or so), there’s likely a lesbrogrammer lurking, underpaid, in the shadows.

They emerged for the Lesbians Who Tech Summit—the first event of its kind—a gathering of a very specific slice of tech culture, whose members previously only came together at smaller, informal events and happy hours, if at all. More often they just happened to run into each other in bars or with knowing head nods at industry events like the Consumer Electronics Show.

Leanne Pittsford founded Lesbians Who Tech (LWT), now in its second year, after noticing a dearth of visibility for queer women in the tech industry. The organization sponsors smaller meetups around the country (full disclosure: I volunteer with LWT and host some of these!), and puts on one major annual event: the summit in San Francisco.

Depending on who you are, it would either strike you as barely noteworthy or downright strange that the Lesbians Who Tech Summit is housed at the Castro Theater—the historic epicenter of gay male culture a stone’s throw away from the Castro’s massive rainbow flag. These days, gay women in tech and gay men in tech (like Apple’s now “out” chief executive Tim Cook) have little to no cultural overlap in a way that’s not always evident to the straight world. (Another disclosure: I identify as a gay woman so I know stuff.)

Gay women, queer women, and lesbians (note: these are not always interchangeable terms) stand at the intersection of tech’s ongoing diversity woes. This is why it’s imperative for something like Lesbians Who Tech to exist at all.

For a deeply self-aware community, it’s a complicated place to be, especially when you mix in nuances of class, race, and gender, like the queer crowd is wont to do. That richness and complexity was on full display last weekend at the Lesbians Who Tech Summit. The more than 1,200 attendees were a diverse cross-section of queer society: Blazer-clad femmes mingled with androgynous queers in wingtips; plenty of among attendees there identified as something other than “lesbian.”

The queer crucible of sorts was comprised of Gayglers and Zuckerqueers, serial startuppers, tattooed PR mavens, and new-to-tech-types. They took notes in thoughtful talks, tried on VR headsets with Oculus reps, and swapped Twitter handles and industry event horror stories over cocktails. A marriage proposal happened on stage at the end of day one. Halfway through the weekend, the chief technology officer of the United States popped up on the dance floor at a party at Mission queer mainstay El Rio.

There was a lot of energy, to put it lightly. And many new tensions to navigate. 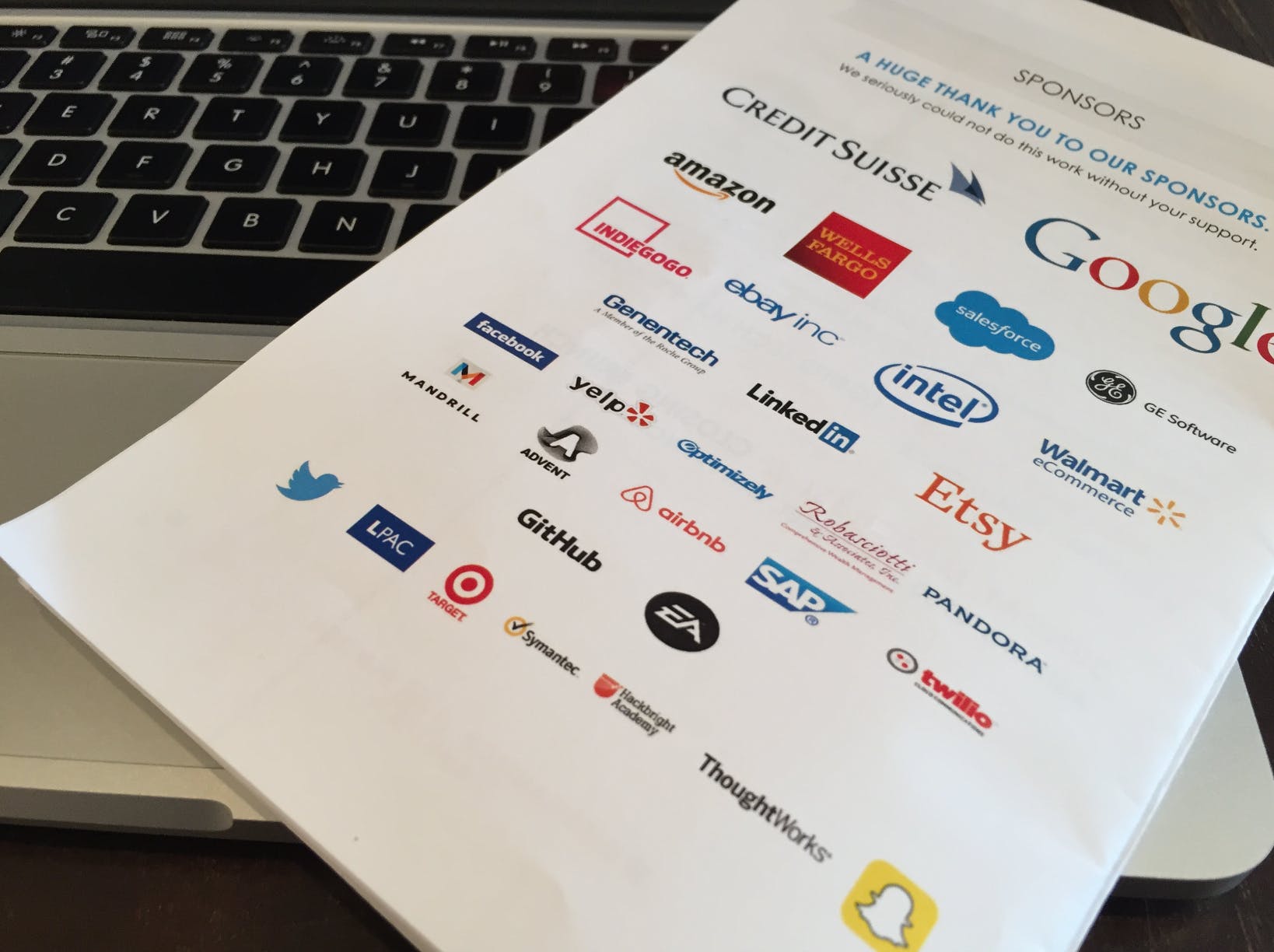 There was even an official Snapchat filter.

Talks around privacy laws and public policy were punctuated by sessions like “Breaking the bro Code” and “From Frederick Douglass to #BlackTwitter.” Intersectionality was baked into the programming: Half of the speakers identified as people of color (POC)—a remarkable ratio at an event not explicitly about race. Other sessions addressed challenges unique to trans women in an industry often openly hostile to anyone female-identified.

“I’ll have to beat on them [about diversity] for years…. until they just don’t want to invite me to their parties any more.”

Tech press all-star Kara Swisher (herself an infamous lesbian in the tech space) interviewed SF tech darling and noted philanthropist, Salesforce CEO Marc Benioff on stage. “Don’t be scared,” she joked with a probably legitimately scared Benioff. Likely eager to avoid a Satya Nadella moment, Benioff played it safe with an uncharacteristically unchallenging Swisher. “I give money to lesbians,” he quipped to 1,200 receptive post-happy hour queers.

Benioff’s stage time was contentious to begin with and his insights were lukewarm, but the message was clear: Hey, this is a real tech conference! And also, yes, the industry has a problem—and we don’t quite know how to fix it.

“I really think it’s a crisis of prioritization,” Benioff said, shifting the burden, refreshingly, to founders. “We’ve seen Sheryl [Sandberg’s] book… it’s more than just women leaning in. I think you also have to put the onus back on the CEOs… you have to raise women up.”

That bit was Benioff’s shining moment. He then joined the chorus of voices suggesting that teaching girls to code would somehow shake out to systemic change down the line. “I think learning how a computer works is really important,” he preached to the choir. “Go on Amazon and buy a Raspberry Pi for $30 and hand that to your daughter.”

Explaining why white dude tech culture systemically elects not to care about diversity, Benioff offered that “it’s just not in their consciousness. I’ll have to beat on them [about diversity] for years…. until they just don’t want to invite me to their parties any more.”

For their part, Silicon Valley’s biggest companies were eager to attend Lesbians Who Tech, which felt like a celebration cross-bred with a conference. Perhaps they were eager to reel talent in from LWT’s two-for-one diversity special (think of it like an image control goldmine) or maybe they really just honestly wanted to figure out this whole diversity thing.

Pittsford explained the connection between the summit and its queer-friendly tech sponsors was mostly organic:

Our relationship with these companies started because they have queer women who work there who not only want to support LWT, but want to see their companies hire more diverse tech talent as well as provide value to their current employees by supporting their involvement with LWT.

The summit’s attendees had complicated, though largely positive feelings about the brand presence, save for a few exceptions. Given its less than stellar record on workplace policy, Walmart’s presence in particular needled more than a few.

“I think the balance is difficult in general we do want corporate sponsorship and support but we don’t want that support to come with strings,” explained Alley Hector, a Web developer with Alta Bicycle Share. “We don’t want that to mean we cannot still look at our allies critically.”

Walmart isn’t the only business that’s earned criticism. After a harassment scandal plagued GitHub’s image in 2014, the company opened its doors to Lesbians Who Tech—literally. GitHub’s office was transformed into a queer clubhouse over the weekend, as the SOMA-based company hosted a full day’s worth of programming. Conference attendees waited to presidentially Instagram themselves seated at the desk in an imitation oval office. A year ago the company ditched its iconic, contentious rug, emblazoned with a seal proclaiming “The United Meritocracy of GitHub.” (The new rug praises collaboration instead.) 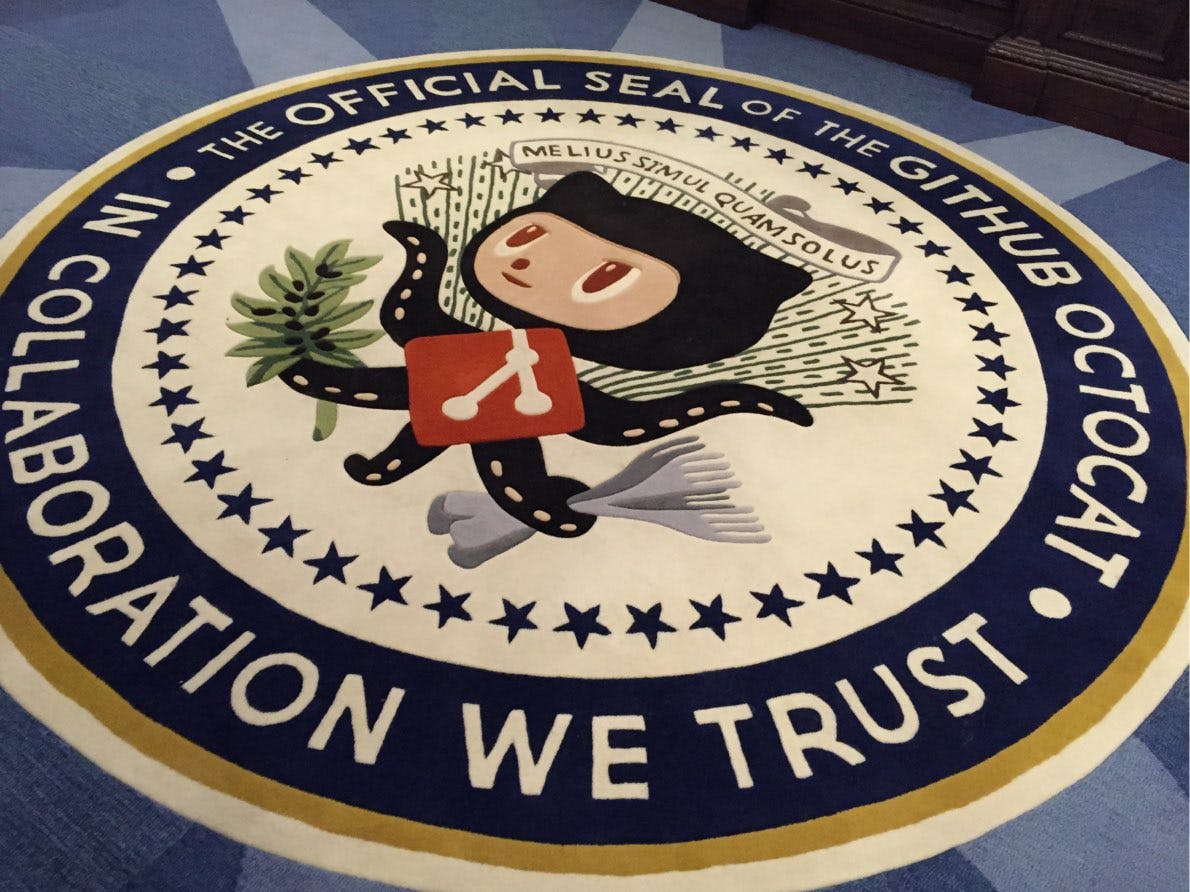 “I work for a smaller company in tech, but I really appreciated seeing a lot of those big companies trying to up their game in terms of representing queer folk,” said Jeanie Chung, an engineer at interaction design agency ZURB. “It was really awesome to see such diversity in race and gender expression at this conference.

“It didn’t feel at all like, ‘Oh we just have to meet our diversity quota.’ I mean, whether or not that may have been the goal, it seemed very open and genuine that reps from bigger companies wanted to open up the pandora’s box of ‘Yeah, we know that we suck at diversity, so let’s fix it.'”