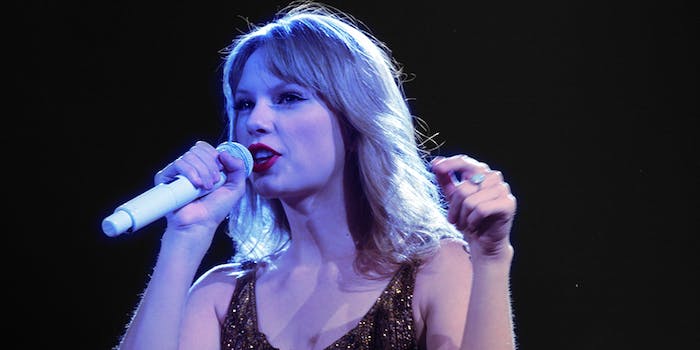 She's working with the same company as Kim Kardashian.

Following in celebrity entrepreneur Kim Kardashian’s footsteps, the megastar Swift will be partnering with Glu Mobile to create a mobile “one-of-a-kind digital gaming experience.” There’s no word on what the mobile game will actually be, but the Grammy award-winning singer inked a multi-year deal with the gaming company behind the wildly successful and highly addictive “Kim Kardashian: Hollywood.”

In a press release announcing the deal, Glu Mobile said the app will be available later this year. The app will target Swift’s massive social following—she has 74 million fans on Facebook, 70.4 million on Twitter, and 64.8 million on Instagram.

Considering the success of Kardashian’s mobile app, which made $43 million in revenue its first few months on the market, Swift’s app may also appeal to the young demographic of mobile users who are willing to pony up for in-app purchases to enhance the gaming experience.

Glu Mobile has also worked with celebs including Katy Perry and Gordon Ramsay.