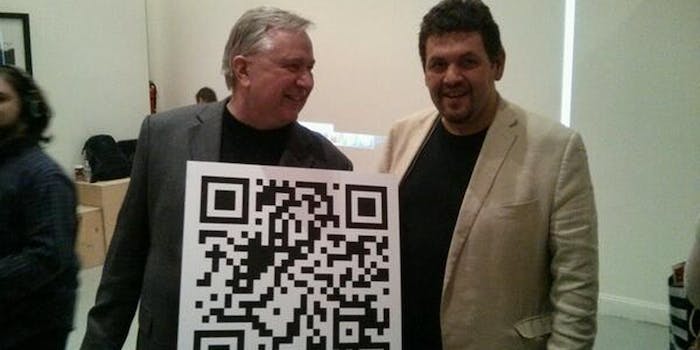 A Texas politician known for stirring up controversy online is now accepting Bitcoin donations in his run for the U.S. Senate. However, he may not see as many donations from rabid Bitcoin enthusiast as earlier political adopters have.

Rep. Steve Stockman, a Republican from the Lone Star state who earlier this week trolled the Internet by claiming that “liberal tears” were the best gun lubricant he knows of, has announced that his primary campaign to unseat Sen. John Cornyn (R-Texas), will accept the anonymous, digital cryptocurrency.

Business Insider reports the conservative congressman spent New Year’s Day in New York where he helped launch the NYC Bitcoin Center where he lent his support to the currency as an alternative to Federal Reserve regulations and signaled his intention to start accepting donations in Bitcoin.

As a means for making political contributions, Bitcoin currently exists in a legal gray area. A small number of mostly libertarian politicians began accepting Bitcoin from donors as early as 2012. However, Bitcoin’s unique properties – particularly its rapidly changing value – present of number of wrinkles for candidates and political action committees who must adhere to strict contribution limits and reporting rules. Recently, the Federal Election Commission punted on a request to formalize rules for the inclusion of Bitcoin in elections, deciding that more time was needed to study the issue.

Regardless, it’s clear that Bitcoin is starting to make inroads in politics and Libertarian-leaning candidates like Stockman are leading the charge. Though Bitcoin was weaned on the Internet’s black- and grey-markets as the currency of choice for people engaged in nefarious activities, it’s enjoyed more ideologically pure support from Libertarians who see it as a practical, free-market alternative to the Federal Reserve’s regulatory policies.

Supporting Bitcoin proved to be a major windfall for some for some of the first politicians to begin accepting the currency. New Hampshire State Rep. Mark Warden, is believed to be the first politician to have accepted Bitcoin back in 2012. He quickly found himself overrun by contributions not just from Granite State donors, but from Bitcoin enthusiasts around the world. Warden, who had to give back the international donations, knows that much of the support was for Bitcoin rather than for him as a candidate.

This likely won’t be the case for Stockman, who won’t enjoy the rush of support that comes with being the first. On a Reddit thread asking if Bitcoin users would support Stockman just for supporting Bitcoin yielded negative responses.

“Well, I’m not a resident of Texas, but I think it’s dumb to ‘support’ a candidate solely because they accept bitcoin donations,” wrote Reddit user nextgeneric.

Photo via The Bit Pages/Twitter