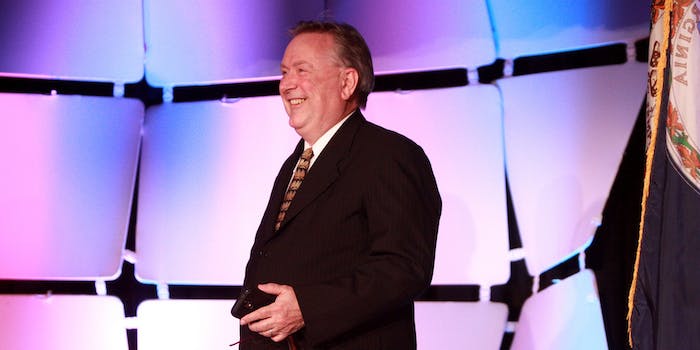 A Texas congressman known for generating controversy with online photos has done it again. But this time, it probably wasn’t intentional.

Republican Rep. Steve Stockman, who’s known for trolling Democrats and progressives through social media, appears to have been caught using Photoshop in his campaign to unseat Sen. John Cornyn (R-Texas). It seems someone on Stockman’s campaign tried unsuccessfully to create a image of Cornyn smiling and shaking hands with President Barack Obama where none exists.

Politico’s Burgess Everett was the first to call attention to the photo, which appeared on Stockman’s Cornyn Loves Obamacare website. Everett tweeted that something seemed off about the photo.

Everett wasn’t far off. Multiple news outlets have located the original photo which shows Obama shaking hands with former Florida Gov. Charlie Crist. The photo was taken by the Associated Press in 2009.

Here is a screengrab from Cornyn Loves Obamacare captured by The Wire:

And here’s the original photo: 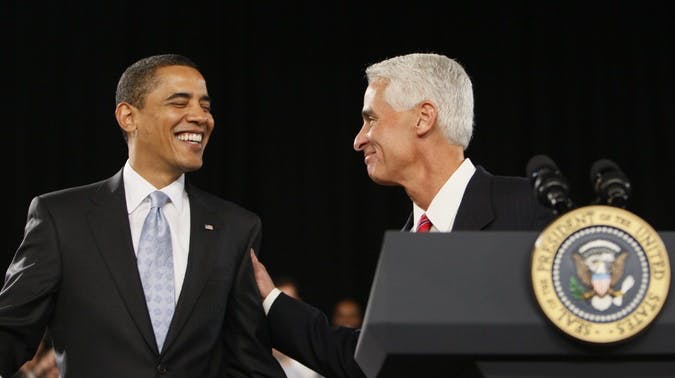 As other bloggers and reporters began to report on the apparent fakery, the image was taken down from the website Tuesday afternoon. Stockman’s office has not released any sort of statement about the controversy and did not return the Daily Dot’s request for comment.

Even before the Photoshop job was uncovered, the Cornyn Loves Obamacare website was already a source of controversy. When the site launched last week, the Dallas Morning News revealed a number of discrepancies between Stockman’s claims and Cornyn’s record. On the site, Stockman said Cornyn voted twice to fund the Affordable Care Act.

“[Cornyn] opposed the law when Democrats pushed it through Congress,” the Morning News‘ Todd J. Gillman wrote. “As deputy Republican leader in the Senate, he’s fought to defund it and to undermine it in numerous ways. But he did not embrace the idea of shutting down the federal government over demands that Democrats abandon their signature healthcare law, unlike tea party Sen. Ted Cruz, whose popularity Stockman hopes to tap.”

Stockman hopes to defeat Cornyn in a March 4 primary for his party’s nomination, insisting that the incumbent senator is too liberal. In 2012, the National Journal named Cornyn the second most conservative member of the senate based on his voting record.

Stockman’s penchant for generating controversy online is well-documented. Recently the arch-conservative posted a photo to Facebook and Twitter, showing someone cleaning and AR-15 assault rifle with a can labeled “Liberal Tears,” calling it “the best gun lubricant around.” This was after the congressman held a raffle on Twitter to give away the same model of gun to one of his constituents. The AR-15 has become a flashpoint in the gun control debate as it was the same weapon used in the Sandy Hook Massacre.