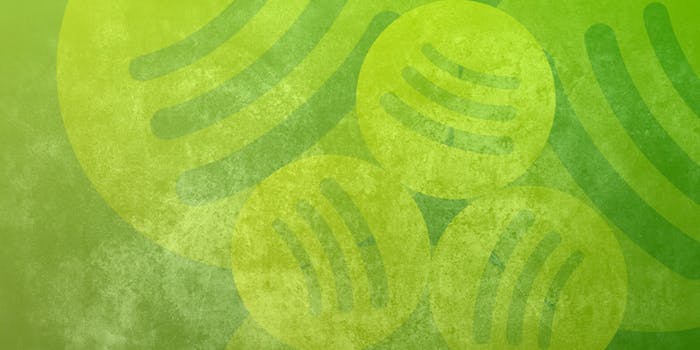 What song was playing when they were arrested?

Spotify is locked in an ongoing war to be the king of streaming music, and now the company can add a new number to its spec sheet: two fugitives arrested. Police in Colorado were able to track down a man and woman on the lam in Mexico thanks to an IP address from the latter’s Spotify account.

Husband and wife Peter Barr and Brittany Nunn of Wellington, Colorado fled their home after Nunn lost a custody battle over her two daughters. The children, ages four and six, were to be surrendered to their fathers. Shortly before the exchange was set to take place in December 2014, Nunn and Barr took the kids and fled to Mexico.

A seven-month search followed to find the fugitives and the abducted children. Local, state and federal officials got involved, but what would eventually lead to the arrest was a search warrant which allowed Larimer County Sheriff’s investigator Drew Weber to pull records from Nunn’s Spotify account. This revealed the abductors were in Mexico.

Weber and the police would also snag location information from Nunn’s Netflix account. Authorities eventually discovered where she and Barr were staying by tracking a package Nunn ordered to be shipped to Cabo San Lucas.

The two children were returned safely to their fathers, and Barr and Nunn were arrested by immigration officials and deported to Denver. They are now being held in the Larimer County Detention Center on felony warrants and custody violation allegations.

Unlike the police, we couldn’t track down Nunn’s Spotify account. So here’s an entirely speculative list of songs we assume her and Barr were listening to.