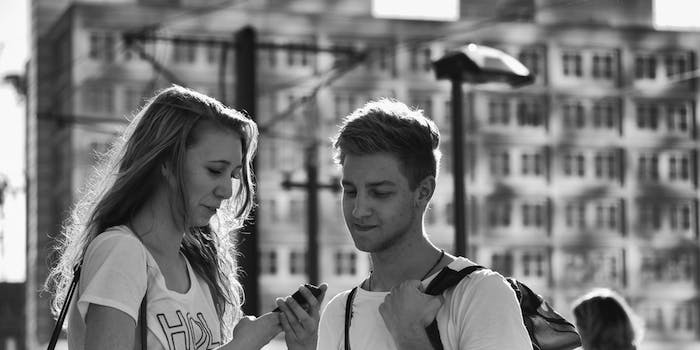 Snapchat’s new text messages are easy to save

Snapchat released an update last week that introduced a slew of new features, including a private chat function. Users can now send each other instant text messages in addition to photos and videos. You can also video-chat with fellow users. In short, it’s an update that dramatically increases Snapchat’s functionality.

An overlooked aspect of the update, according to the New York Times, is Snapchat’s decision to include a way to save text messages.

Snapchat’s primary selling point is that its images disappear—though it has never been difficult to save anything exchanged on Snapchat. That’s part of the reason why Snapchat had to settle with the FTC this week. The company’s promise of ephemerality was easily ignored with a simple screenshot, and some hackers found even more workarounds to resurrect supposedly-disappeared snaps.

Snapchat has eased off its emphasis on having all communication disappear for a while. With the introduction of its well-liked Stories feature, users can browse a collection of their friends’ daily snaps. They disappear after a day, but Stories allows users to show their photos off for a longer period of time. The company also added a ‘Replay’ feature so users could watch their favorite snaps again.

This new chat feature is even less dependent on the idea that the messages need to disappear. They can disappear, but Snapchat also allows users to tap on their text messaging threads to save them.

The video and photo messages do not have this tap feature, so it is just for the text messaging function. This is a smart move on Snapchat’s part, since it encourages users to treat their Snapchat chat like any other chat; the ‘tap-to-save’ element makes it simple to capture information the user will need to know later, like an address or a list of groceries.

While the disappearing gimmick was important for initially drawing users to the app, making the text messages hard to save would’ve hurt the chances that users would adopt it, since information conveyed by text rather than image tends to be more practical. So while the emphasis on ‘disappearing’ is disappearing as the company rolls out new features, at least it’s not stopping Snapchat from making its features as functional as possible.