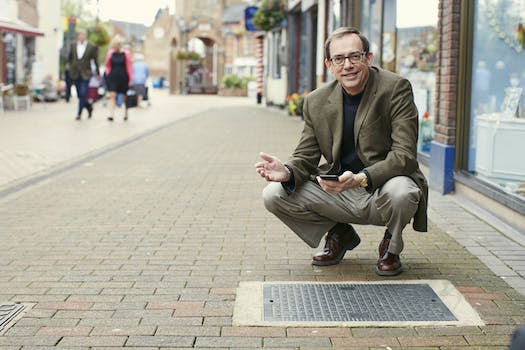 You don’t need to keep your ear to the ground to know what’s happening in Chesham, England. A new initiative in the town puts Wi-Fi beneath the sidewalk to help people stay connected anywhere.

The Smart Pavement project, a collaboration of the Chiltern District Council and Virgin Media, is the first example of a city installing municipal Wi-Fi underneath its streets. Discreet, rainproof structures built into the sidewalk connect to Virgin Media’s fiber network to provide the high-speed connection.

The pilot program offers Chesham residents speeds of up to 166Mbps, a massive upgrade over the average U.K. broadband speed of 11.8Mbps. The town’s 21,000 residents can connect to the network from as far as 260 feet away from a sidewalk, resulting in coverage through the entire town center and the surrounding park.

According to a very British-sounding Virgin Media press release, “Local people can download an episode of Coronation Street, Strictly Come

Dancing or Gogglebox at the bus stop.”

In a statement, Chesham Town Councillor Fred Wilson said, “I am delighted that we’ve been

people and businesses get online. Efficient connectivity is pivotal to running

Virgin Media expects to expand projects like Smart Pavement to other U.K. communities in an effort to improve the nation’s lagging Internet quality. Just 50 percent of the country currently has LTE coverage, according to OpenSignal’s most recent findings—which also had bad news for the United States—and widely accessible Wi-Fi could fill in those gaps and reduce mobile-data costs.