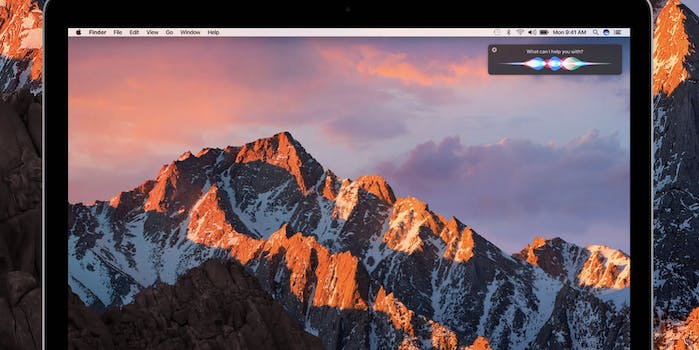 Siri gets smarter, is coming to macOS

The personal assistant is also getting better at understanding language.

Apple‘s smart assistant Siri is getting a total makeover.

At WWDC, the company’s developer conference, senior vice president of software engineering Craig Federighi highlighted some of the major changes coming to the personal assistant.

Siri will now be available on macOS Sierra, (the company renamed OS X to a name more cohesive to the brand), so you can talk to your computer and it will talk back. Siri is also getting smarter. It will have a better understanding of natural language so you can ask her information about movies and news, send messages to friends—and will be able to do it automatically, with Siri having a better understanding of your commands.

Additionally, Apple is opening up Siri to developers. This means that they’ll be able to build Siri compatibility directly into their apps. Federighi described the ways you might use them: Automatically send a WeChat message to a friend, order an Uber or Lyft, or send money to friends via Square Cash. 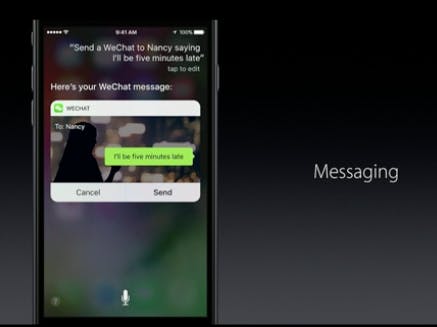 Siri technology is also coming directly to the keyboard on iMessage. The smart personal assistant will be available through quick type. Siri will scan your messages for context, and will understand when you need to set up an appointment, determine whether your calendar is busy already, offer up suggestions for replies, and understand when people switch languages automatically.

macOS and iOS 10 will be available to everyone in the fall. 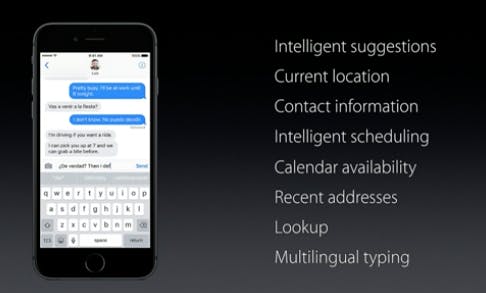 Siri’s updates are similar to Google‘s personal assistant. The smart keyboard feature calls to mind Google’s Allo messaging app, the smart app that rolled out at I/O earlier this year. It has Google services built right in, to understand conversation and offer up suggestions for replies, event planning, and photos.

The presentation at WWDC highlighted a number of ways you can use Siri from your computer and iPhone, including viewing trailers and buying tickets to upcoming movies. But whether or not Siri actually works as promised remains to be seen—everything tends to work perfectly during demos.

Tech companies are in a race to provide the most comprehensive and smartest virtual assistants. They aren’t widely-adopted quite yet, especially in public where people are reluctant to talk to their devices. But, if they really do become as smart as promised, chances are we’ll soon be relying on our digital assistants much more.