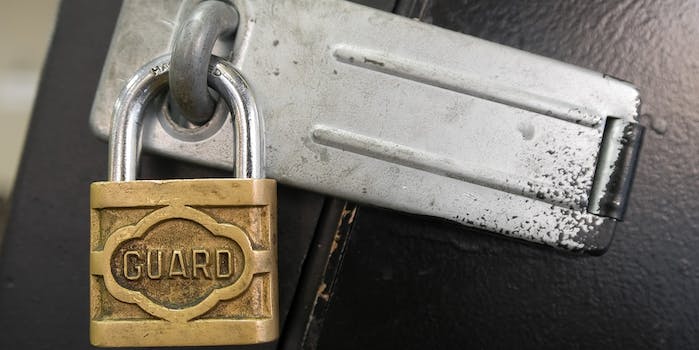 This is good for everyone.

A coalition of Internet services and data security experts revealed today an ambitious collaborative effort to increase the use of open-source security software.

Google, Dropbox, and the Open Technology Fund are partnering up for an effort called Simply Secure. The group’s advisory board includes a Google security engineer who helped develop the Open SSL standard, a cybersecurity researcher at University College London, and a legal adviser for the World Wide Web Consortium (W3C).

In a statement released Thursday morning, the participants highlighted the need for a project like Simply Secure “in the wake of events like the recent celebrity photo leak and the Snowden revelations.”

Simply Secure will be led by Sara Sinclair Brody, a former Google Product Manager with a Ph.D. in Computer Science from Dartmouth College. In a statement, Sinclair called the effort “an exciting opportunity to bring together diverse groups in pursuit of an important goal: making security and privacy tools more user-friendly.”

“Usable security has been a passion of mine for the past ten years,” Sinclair said, “and I’m thrilled to be leading such a wide-ranging and well-supported initiative.”

Another advisory board member, Boing Boing co-editor Cory Doctorow, said in the statement that he was pleased to be part of a diverse team working on enhancing and distributing security tools. “Simply Secure collects together some very bright usability and cryptography experts with the aim of revamping the user interface of the Internet’s favorite privacy tools,” he said.

On its website, Simply Secure says that it plans to work with other groups on security auditing, software usability research, big-picture development troubleshooting, and “building an academic practice focused on practical implementation” of security software.

“The future of a positive, accessible, and people-­centered Internet requires trustworthy privacy and security,” the group says on its blog in listing its founding principles. “If privacy and security aren’t easy and intuitive, they don’t work. Usability is key.”

Simply Secure’s code will be entirely open-source and posted for anyone to review. “To build trust and ensure quality outcomes, one core component of our work will be public audits of interfaces and code,” the blog post says. “This will help validate the security and usability claims of the efforts we support.”