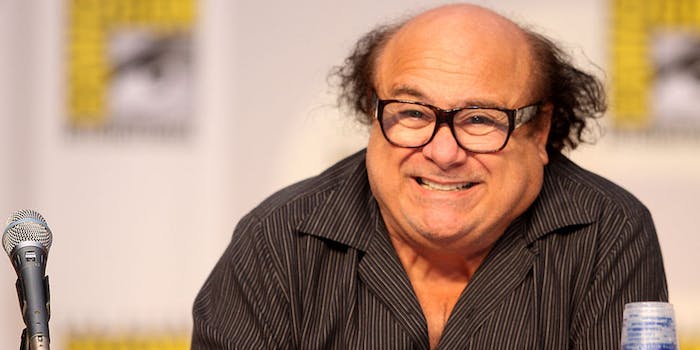 At Eye Level wants to give short guys a leg up on height discrimination.

There are plenty of dating sites for short people—really short people. From Little People Meet to Dwarf Dating, that area’s covered. But entrepreneur, musician, and “relatively short guy” Harold Everton recently came across a rather large void: Communities for average short men, many of whom are treated unfairly for their lack of vertical inches.

“Online communities exist for just about every niche except shorter men,” Everton tells the Daily Dot in an email. He’s not talking about men who are classified as having dwarfism, which is any adult under 4 feet 10 inches, but about guys who fall just below the median—in the U.S., that’s 5 feet 9.5 inches—and get a disproportionately rough time from women, bosses, and their peers.

“Short men come in every creed, color, and nationality—their commonality is the short experience,” says Everton. And yet, “there are certain things that shorter guys deal with that are hard for other groups to fully understand, which typically leads to lack of empathy, scolding or shaming.”

For short men struggling against society’s ubiquitous “heightism,” this month Everton launched an online community called At Eye Level. Not a dating site, but a community for sharing tips on fashion, job interviews, and self defense.

According to Everton, heightism is “a social construct based in gender that says masculinity is culturally tied to tall and femininity tied to short.” He says the idea is “pervasive,” and discrimination is everywhere, as shown by the Twitter handles Heightism Watch and Heightism Exposed, which catalogue offensive tweets.

I simply do not trust short men.

Average height for a man in the U.S. ranges from 6-foot-2 to what many people consider short at 5-foot-4. So there are plenty of supposedly “average” men being routinely discriminated against for the height, too.

“Shorter men get paid less, promoted less, and generally, statistically speaking, have fewer dating opportunities because of the social stigma,” wrote At Eye Level member ThatFlyShortGuy in the forum.

One member of the site, igotu226, says he gets plenty of job interviews but can’t seem to land the position. He thinks it may be because the interviewer reacts negatively to his height—he’s 5 feet 2 inches tall.

Another member, The Greatest, says that at work during meetings, “I frequently get cut off mid-sentence when sharing ideas or input, whereas my taller colleagues are given room to express themselves.”

It isn’t simply a matter of fighting prejudicial attitudes, either. At Eye Level aims to “connect shorter men with clothing businesses that cater for them,” often in countries where the populations are shorter on average, and retailers stock cool clothes in smaller sizes.

“We also sell T-shirts for those proud of being short,” says Everton.

While At Eye Level classifies “short” as under 5-foot-7 for men, the site is open to anyone who relates to the cause. It already has one tall member, Jared88. And two women have already joined.